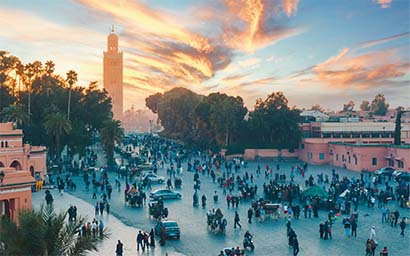 Morocco’s large-scale renewable energy projects are a blueprint for Africa and the Middle East, but difficult challenges lie ahead. David Whitehouse reports.

Morocco benefits from a “very strong” industrial strategy in areas such as automotive and aeronautics, says El Hachem, who is based in Geneva. Morocco has defined itself as a leader in renewable energy by “willingly and intentionally” adopting it for domestic industry and export to Europe.

The north African country, which has historically imported nearly all of its energy, created a plan in 2009 that targeted 42% of renewable energy by 2020, driven by solar and wind. Further, the country is seeking to increase the share of renewables in its domestic energy mix to 52% from 37% by 2030. A total of 60 projects have attracted more than US$5 billion (€5.2 billion) in investments.

Flagship projects include Noor-Ouarzazate, the world’s largest concentrated solar power plant. The plant extends over 3,000 hectares of desert and has a capacity of 580 MW, with investors including the French Agency for Development, the German Development Bank, the European Union and the European Investment Bank.

Policymakers “anticipated the disruption now being seen in industrial value chains” as a result of the Russia-Ukraine war, while “other countries are suffering” due to a lack of such foresight, El Hachem says.

Edmond de Rothschild believes it can make an impact by investing in technologies to improve the efficiency of energy and water use, he says. The company has been investing in early-stage ventures that reduce energy consumption in Europe, North America and the Middle East. In Morocco, the firm has invested in Magriser, which supplies micro-irrigation and solar pumping systems.

Sustainable finance
French banks have turned towards the financing of gas and renewable energy projects in Africa and the Middle East. Societe Generale and Crédit Agricole are both involved in financing Mozambique’s liquefied natural gas (LNG) development, a $14 billion project. In Saudi Arabia, Natixis has agreed to about $2 billion of financing for ACWA Power, which provides power generation, desalinated water and green hydrogen plants.

International financial centres such as Paris can help tackle climate change and the need to build new infrastructure, Augustin de Romanet, CEO of Aéroports de Paris and chairman of Paris Europlace, told the annual Europlace event in July. He said that he plans to establish a sustainable finance institute in the autumn but that more money is still needed for the project.

In terms of reducing emissions, “coal exit has to be the priority”, Catherine MacGregor, CEO of French multinational utility company Engie, told the event. Progress towards ending coal is “not fast enough. The one coordinated effort we should have is to stop coal”.

To date, French banks have not been singing from that hymn sheet. According to a report in July by Toxic Bonds, a global group of civil society organisations, BNP Paribas ranked tenth globally in terms of underwriting fees for fossil fuel bond sales from 2016 to 2022, earning $224 million, split roughly between oil and gas on the one hand and coal on the other. That was more than any Chinese bank and ahead of Crédit Agricole on $115 million and Societe Generale on $100 million, both of which included coal underwriting. 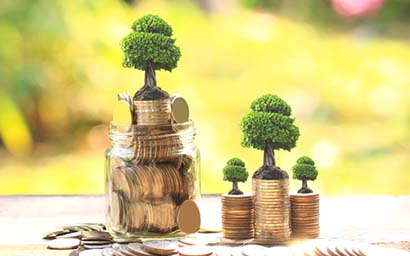 That didn’t stop the three banks from being included in Euronext’s CAC 40 ESG index launched in 2021. The index, for which BNP Paribas and Societe Generale act as market makers, advertises itself as excluding companies involved in coal, “controversial weapons” and tobacco.

The fact that a quarter of CAC 40 assets under management have been transferred to the ESG index is a “profound shift”, Euronext CEO Stéphane Boujnah told Funds Europe at the event. The fact that capital is now being allocated to meet non-financial preferences is “the most fundamental transformation of capitalism for centuries”. The money that the banks make from coal is “not material” in relation to the overall size of their businesses, Boujnah said. He declined to comment on the Toxic Bonds report.

Eurocentric view
The way to move forward on energy transition is not simply to stop financing fossil fuel companies, Societe Generale CEO Frédéric Oudéa said at Europlace. Banks have to pioneer and finance new renewable technologies, he said. Societe Generale, in 2021, advised Ardian and FiveT Hydrogen on the creation of Hy24, a €1.5 billion fund for hydrogen infrastructure.

“We need to find a credible and convincing transition scenario”, which will probably need to include gas and nuclear power balanced by more investment in renewables, Oudéa said. “There are ways to make the transition economically viable”, but massive investment will be needed, he added.

Oudéa questions what choices the energy transition will leave for Africa, a continent that has made a negligible contribution to historical carbon emissions. Africa accounts for less than 3% of the world’s energy-related CO2 emissions, and even that contribution is covered by the role of carbon sinks such as the Congo Basin rainforest. A report in July from the Mo Ibrahim Foundation, a body that focuses on African leadership and governance, argues that Africa needs to be financially compensated for preserving such carbon sinks.

“What are we going to tell them – sorry guys, too late? We can’t just look at this as European citizens.”

More than 600 million people on the continent still lack access to electricity, and many of Africa’s oil and gas resources are yet to be developed. Oudéa captured the sense of anger towards Western-driven energy-transition agendas, which was often shown at the Africa CEO Forum in Côte d’Ivoire in June. “What are we going to tell them – sorry guys, too late? We can’t just look at this as European citizens”.

But the timeline for the projects is still unknown. The need to define ‘offtake’ contracts is one obstacle that could hold them back, Musset says.

Offtake contracts create a long-term commitment to buy at a fixed price, but renewable energy projects currently lack the economies of scale that will be possible in a decade, he says. “You need someone to pay for the first one” but “you don’t see so many candidates” because future economics are always perceived to be more favourable, he says.

That creates the risk that large-scale investments in renewable energy projects will continually recede over the horizon. One possible solution would be offtake agreements with flexibility in the pricing, but that would make them harder to finance. The bulk of what has to be paid is capital expenditure, which is largely a “sunk cost”, Musset says. “As a lender, you don’t want to see renegotiation risk” in offtake agreements.

“We need to find a credible and convincing transition scenario.”

Projects also face the hurdle of this year’s global inflation shock. African exporters of oil and gas are likely to benefit from higher prices, and national companies will have “more ammunition” to undertake projects, Musset says. But inflation may be especially troublesome for projects using new technology. Engineering companies may be more cautious as a result of higher input prices, and inflation may make offtake agreements harder to conclude. The result is a “mismatch” between projects and their funders which needs to be resolved, Musset argues.

‘Absolute need’
The problem is harder to solve than the hurdle of initial uptake of renewable energy in Europe, Musset says. Western consumers, in some cases, have been willing to pay a premium to help get renewable energy off the ground. But in the case of hydrogen and green ammonia, there is no existing price mechanism through which consumers can express a preference. “There is a need to come up with an alignment of interests,” Musset says.

He is confident that the Middle East’s potential will be realised. Supply chains which have been disrupted by the Russia-Ukraine war will be in better shape once final investment decisions are taken, he says. “There is an absolute need for hydrogen and green ammonia. The market will find the right way to make it happen”.

El Hachem at Edmond de Rothschild fears that the process may take too long. He points to the near east region as an area where energy investment urgently needs to be stepped up. The needs in Lebanon are especially acute, he says. The public system is not able to supply even half an hour of electricity per day, he says. The private sector should act to fund solar, gas and co-generation projects there. But: “There’s no sign of it happening”.