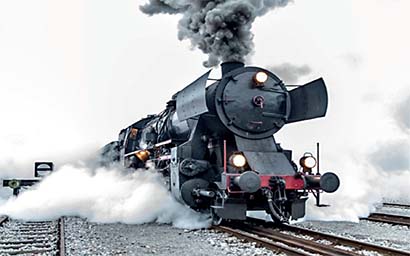 A Funds Europe webinar, held last month on the subject of regulatory developments affecting the funds industry over the next 18 months, heard the views of three prominent Luxembourg-based professionals.

The webinar – introduced by Camille Thommes, director general of the Association of the Luxembourg Fund Industry (Alfi) – also heard about regulatory developments in the pipeline, such as forthcoming reviews of the Packed Retail Investment and Insurance-based Products (Priips) regulation and the Alternative Investment Fund Managers Directive (AIFMD); changes to the rules on European Long-Term Investment Funds (Eltifs); and a consultation by the European Securities and Markets Authority (Esma) on cloud computing. 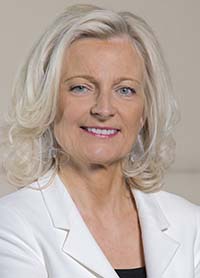 Michèle Eisenhuth, a partner at law firm Arendt, kicked off proceedings by reminding the audience that, in an effort to promote supervisory convergence and reduce the risk of regulatory arbitrage, the financial regulator Esma had published guidelines on performance fees for Ucits funds and certain Alternative Investment Funds (AIFs) in April.

The regulator had followed this up with a supervisory briefing on costs in Ucits and AIFs in June 2020.

Eisenhuth said she expects that the guidelines on performance fees will be translated and published by Esma in the final quarter of this year and that this will herald a two-month period during which national regulators will announce whether they comply with the guidelines or not.

“No such procedure will be applicable for the Esma supervisory briefing on costs in Ucits funds and AIFs as the briefing is not binding,” she said.

“The Luxembourg financial regulator – the CSSF – however, has publicly stated its intention to adhere to the criteria in Esma’s briefing for a prevention of undue costs being charged to investors.”

To increase regulatory certainty, she added, the CSSF published further guidance over the summer.

This included the publication of a new FAQs [frequently asked questions] document on Circular 02/77, in which the CSSF clarified its expectations for net asset value calculation error or non-compliance with the investment rules.

The FAQ applies to Luxembourg Ucits and Part II UCIs as well as for SIFs that opt in. In its updated FAQs on the UCI Law, the CSSF clarified that Ucits may no longer invest in loans. Luxembourg Ucits invested in loans will have until the end of December to disinvest from these positions.

Also already approved in principle, some regulatory positions still require further guidance, such as the enhancement of disclosures in the Ucits-Key Investor Information Document (KIID) on the use of benchmarks required by the Esma Ucits Q&A document of March 2019.

“Considering the market disruption caused by the pandemic, liquidity management measures will remain under enhanced regulatory scrutiny, in particular for real estate and corporate debt funds,” said Eisenhuth. “A new regulatory focus will certainly be the measures to be undertaken in view of the new framework for cross-border distribution of investment funds that will become applicable in August 2021.” 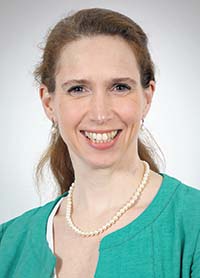 Silke Bernard, a partner at the Luxembourg office of the City of London law firm Linklaters, said that the topic that “never stands still” is anti-money laundering.

Bernard told the webinar audience about new AML legislation in Luxembourg on the trust register and the new CSSF regulation 20-05, amending the existing CSSF Regulation 12-02. “Among the amendments, there are important clarifications such as details on the role and procedures applicable to the so-called RR [responsible for respect] and RC [responsible for control] in a Luxembourg AML context,” she said.

“Also, the new CSSF Regulation contains helpful guidance on the famous ‘risk based-approach’ in AML matters, namely with respect to the situation of nominees. Other changes include the recognition (under certain circumstances) of electronic documents for Know-Your-Customer (KYC) purposes.

Bernard also spoke about the European Long-Term Investment Fund (Eltif) framework, adopted in 2015. With only 27 Eltifs currently registered on Esma’s website, they have had a “slow start”, she said. “Eltifs have very interesting potential as they grant a EU-wide retail marketing passport for alternative investment funds, including loan originating funds,” she added.

“Upon recommendation from the high-level forum earlier this year, the EU Commission is now requesting feedback from the market ahead of a possible proposal to adjust certain rules.

“In particular, they are looking at the investment rules laid down in the Eltif Regulation, but also barriers to the marketing of Eltifs across Europe and possible tax incentives by EU member states to encourage the setting up of Eltifs.”

The webinar also heard that a review of the AIFMD has been on the agenda for some time and after the EU Commission’s report in June 2020, a public consultation on a possible ‘AIFMD II’ proposal had been expected by September this year.

“The Esma letter addresses a large range of topics which include (to name just a few) an increased focus on substance requirements and delegation, including inter-group support services and white label funds, a potential alignment of certain Ucits and AIFMD requirements and the possible creation of a harmonised framework for European loan funds.”

The EU Commission will likely consider the letter before publishing its formal consultation process on the AIFMD review.

The webinar heard from Bernard that level-one legislation for the forthcoming Pepp has been adopted, and stakeholders are currently working on the implementing measures.

“From memory, the Pepp is the first pan-European framework that offers EU citizens a personal retirement product which is portable and can be a lifelong savings tool,” she said.

“It is obviously key to get the balance right between safeguards for European citizens and the legal features that will make this product attractive for potential Pepp providers.”

She added that some of the topics under discussion include the “safety” of the PEPP when being structured as a life-cycle product, the cost limit of 1% and what will be included, the contents of the consumer information document (both pre-contractual and annually) and the precise supervisory framework. 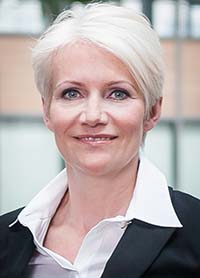 Brexit discomfort
Turning to the UK’s departure from the EU, Nathalie Dogniez, a partner at PwC Luxembourg, described it as “the elephant in the room”.

“Brexit has happened and it should take its effect by the end of the year and still, as we speak, we don’t know what will be happening in terms of an agreement between the EU and the UK,” she said. “That leaves us in a very uncomfortable space as to how we will be interacting between EU funds and UK players. What will be the equivalence rule, but how, going forwards, will EU rules in the UK be implemented and what could be the potential effect?”

With so much uncertainty around Brexit, the best advice for the moment, she added, was “watch this space, cross your fingers and hope for the best”.

As for “the last episode of the Priips saga”, as she called it, Dogniez said that this was “entering unknown territories”. Her summary was that “all the scenarios are open, and I would say watch this space”.

In response to Esma’s consultation on cloud computing, which was launched over the summer, Dogniez said: “Cloud computing is not just about an IT issue, it’s really a governance issue and you should have proper processes around this kind of outsourcing, which are really critical in terms of managing operational risk.” Feedback from the consultation is expected in the first quarter of 2021, she said. fe

To hear ‘What’s on the next 12-18 months’ agenda of (expected) regulatory change?’, go to the Funds Europe's Webinars Channel.