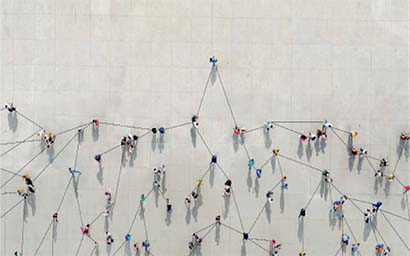 “It’s definitely been a game of two halves,” says Michelle Scrimgeour as she looks back on a tumultuous first year as chief executive of Legal & General Investment Management (LGIM).

Just as she was starting to get her feet under the table of running the UK’s largest asset manager, Covid came along and everything changed.

“Last year, the world economy and our firm were doing well, whereas 2020 has been all about the pandemic,” she says.

The 57-year-old took over the running of the investment management arm of UK insurance giant Legal & General last July, following the retirement of Mark Zinkula, and is pleased that, compared with many competitors, LGIM has so far weathered the storms of the pandemic relatively well.

Scrimgeour, whose pay in her first six months at LGIM amounted to £2.4 million, describes the first-half results as “remarkably robust in the circumstances”, putting them down to LGIM’s diversified asset base and “strong structural demand for our products and capabilities”.

The CEO – who lists outdoor activities such as trekking, skiing, scuba-diving and gardening as her main hobbies outside work – started her career at Merrill Lynch Investment Managers before moving to BlackRock in 2006 as chief operating officer for international fixed income. 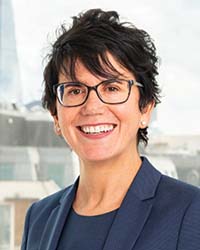 She joined M&G as chief risk officer in 2012 before becoming the European chief of the US-UK fund group Columbia Threadneedle in 2017.

As well as sitting on the main board of the Legal & General Group, Scrimgeour is on the board of the Investment Association and is a member of the Financial Conduct Authority’s practitioner panel.

Speaking to Funds Europe via a video link from her home in Wimbledon – and in quarantine following a summer break in Switzerland – she says that LGIM adapted quickly at a practical level to the pandemic, with most staff moving to working from home from the start of the lockdown in March.

LGIM’s headquarters on London Wall have remained open throughout the crisis and, until the most recent uptick in infection rates, the past couple of months had seen a growing trickle of employees returning to work in the office. The most recent board meeting was the first since lockdown to be held in person.

After spending her first six months in the job “just taking the time to listen to make sure I had a really good understanding of the business”, Scrimgeour says her three-pronged strategy for the coming years will focus on modernising, diversifying and internationalising the business.

She cites developments in real assets and environmental, social and governance investing (ESG) as examples of diversifying, and investment into technology as an example of the firm’s modernisation agenda.

Growing in Europe
Despite Brexit, LGIM’s European business (which accounts for AuM of £61 billion) remains a strategic growth area – along with continuing to grow the firm’s business in Asia (where it has AuM of £77 billion) and the US (£186 billion).

“Internationalising our business – building on what we have been doing in the US, Europe and Asia – is something that LGIM has been doing consistently,” she says, pointing to the fact that more than 30% of the firm’s AuM is from outside the UK.

She mentions the recent opening of an office in Stockholm to service the Nordics market and the recruitment of staff in Italy as examples of steady growth in the European market, which she expects to continue.

The firm, she says, is prepared for the possibility of a hard or even no-deal Brexit once the UK’s transitional membership of the EU comes to an end in December.

“The organisation was very early in recognising the potential for Brexit to be disruptive and we established a super-ManCo in Dublin with all the appropriate permissions that will protect the existing franchise,” she says.

“Brexit is something that we are going to have to get through but, whatever happens in the political discussions, we will be able to continue to operate in the European Union.”

She denies being blown off course by the pandemic, which struck seven months into her taking up the top job at LGIM.

“What Covid has done has made me sure that those are the right things to be focusing on,” she says. “It has not changed my strategy.”

Improving diversity
On diversity, Scrimgeour believes that LGIM has – compared with many of its competitors – a good record on gender equality: at present, 46% of executives and 43% of board members are female and the gender pay gap is below 20%.

But she admits that the firm could do more to improve racial diversity. “The last few months, with the ‘I am’ and Black Lives Matter campaigns, have been a really important moment for considering racial diversity,” she says.

In August, LGIM – along with 80 asset management firms – signed up to an initiative, dubbed #100blackinterns, to provide paid internships to black candidates in a bid to improve the under-representation of black talent in the City.

“Diversity has been a passion of mine ever since I joined the industry over 30 years ago,” she says.

When Scrimgeour started work in the City in the 1980s, bowler hats were a not-uncommon sight and recruitment was heavily biased towards male, white and public school-educated types.

“Do I think more should be done? Yes. Has it taken too long? Of course. We are not where we want to be as LGIM and the industry is not where it needs to be either, but this is a moment of potential inflection and I am optimistic that things are improving and will continue to improve.”

Passives and participation
LGIM has been one of the key beneficiaries of the massive growth in passive investing over the past decade.

The acquisition of the Canvas exchange-traded fund business from ETF Securities in 2017 boosted LGIM’s assets by $2.7 billion across equity, fixed income and commodity ETFs, which it has sold across Europe.

But LGIM does not disclose the proportion of its funds that are passively managed, beyond saying they now account for the majority of its funds.

Despite its size as Europe’s second-largest asset manager (after Paris-based Amundi), LGIM’s large number of index-tracking funds means that it has little room for influencing corporate governance in many of the firms in which it invests.

Nevertheless, Scrimgeour is proud of the firm’s record on governance issues, which includes, in 2018, voting against 3,864 board directors globally on behalf of its clients.

Following the introduction of a climate impact pledge in 2016, LGIM has divested itself of stakes in China Construction Bank, ExxonMobil, Japan Post Holdings, Rosneft Oil, Loblaw and Sysco Corporation.

Last year, LGIM opposed 35% of pay packages globally and voted against at least one resolution at more than 70% of the firms in which it invests.

In April, the firm warned companies that it will “hold them to account” if they don’t treat employees well as firms respond to the fallout from the coronavirus.

Scrimgeour adds that the firm has been using its voting heft to push for greater boardroom diversity in Japan, while in the US it has pushed for greater integration of ESG considerations in investment decisions.

The decision to launch the fund followed concerns from some LGIM clients that oil companies, such as Shell, are included in the firm’s ethical funds range.

LGIM has defended investing in Shell (one of the biggest dividend-payers in the UK) by saying it needs to balance environmental and financial concerns when putting its investment portfolio together.

Her principal aim, she says, is “to create a better future through responsible investing”.

Raised in Leicester, Scrimgeour studied French at Sheffield University before moving to London with her boyfriend, now her husband, in the eighties.

In an industry that often demands single-minded focus from those trying to break into it, it is refreshing to hear, as Scrimgeour tells it, that she had no clear idea what she wanted to do after graduating and that her move into high finance was almost accidental.

“I have always been fascinated by business and finance, but would I say my move into finance and my career was all plotted in a lovely straight line? Absolutely not.

“Asset managers did not come on the milk-round recruiting directly from universities in those days.

“I feel very fortunate to have landed in the City in asset management at a time when it was possible to get jobs and I have ended up in an industry which I really love. I think I have just been very, very lucky.”