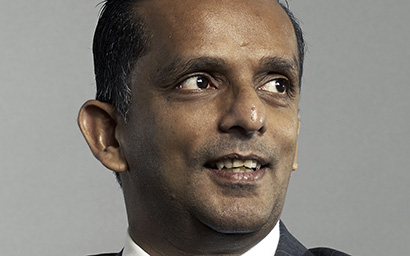 In April, radical changes to UK tax law came into force, levelling the playing field for resident and non-resident investment funds by bringing foreign entities within the charge of UK tax on the disposal of land. While many felt this would impede inward investment at a critical time, the framework is unlikely to have a negative impact, as non-fiscal attractions remain a principal driver. Indeed, there is no evidence to suggest these measures, which merely correct an antiquated imbalance in tax law, have deterred overseas investors.

The changes initially caused headaches for HMRC [Her Majesty’s Revenue & Customs]. Concerns were raised about multiple taxation risks for collective investment scheme vehicles (CIVs), which account for much non-UK investment in British real estate. After consultation, the final legislation allows room for overseas funds to manoeuvre, but the onus lies with investors to ensure they avoid multiple charges.

CIVs may be subject to different layers of tax under which the fund and its investors can be charged. This is because in the new regime, the default position is for a CIV to be treated as a company and its investors as shareholders. For a multi-tiered CIV, this is a significant risk. In this scenario, a CIV would be subject to corporation tax on disposals of land (the direct charge) and its shareholders to capital gains tax on the disposal of their interests in the company (the indirect charge). To eliminate multiple taxation, HMRC allows funds to make one of two possible elections to ensure they aren’t caught out.

The first, an irrevocable transparency election, treats the CIV as a partnership, rather than a company, meaning a transparent treatment will apply to its investors. This means a UK resident investor (for example, a pension fund) that invests via an overseas CIV will retain their exempt status on disposals.

The second option is the exemption election, which applies to widely held CIVs. If made, the entities will be exempt from tax on land disposals. Instead, UK tax will apply to disposals at the investor level, so that only the indirect charge will bite.

Choosing the right option must be done on a bespoke basis. At face value, the transparency election may appeal as UK tax is limited to investors. But caution must be taken, as dry charges (tax on money which is never actually realised) may be invoked, because of nuances in partnership tax law.

The exemption election requires similar considerations, and a careful review of a fund’s structure and governance is required to assess fiscal risks. In addition, CIVs which qualify for the transparency election will have a limited window (until April 5, 2020) to determine how to structure the fund for these purposes. The rules should not deter investors. The new framework is in line with other major jurisdictions, but does not degrade the integrity of UK property as an asset class.