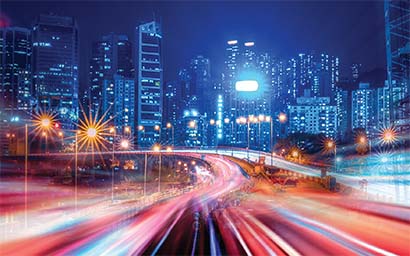 From the growing-pains of digital, to the old war wounds of regulatory compliance, custodians are “acting with urgency”. Nicholas Pratt reports on our 2019 custody survey.

A number of asset servicers have recently released their results for the first half of 2019, which have shown the pressures they face. For example, State Street’s custody bank reported net outflows in 2019 and a 3% reduction in assets under custody and administration compared to the second quarter in 2018. Ron O’Hanley, president and chief executive of State Street (which is also a large asset manager), has said the company was “acting with urgency” to adjust to a challenging external environment.

Our survey shows that custodians are well aware of the challenges they face and the need to capitalise on new trends wherever they find them – be it the changing appetite of investors to the digital developments in their back office.

The first is to do with the launches of new exchange-traded fund (ETF) ranges in Europe, from both EU and US-based managers. Secondly, there is the rise of private markets investment, especially private debt. And thirdly, there is the accelerating investor appetite for responsible investment.

We can see from the survey that the larger US-based custodians (State Street, JP Morgan and BNY Mellon) have all built up substantial assets under custody within the ETF market: $3.4 trillion (€3.1 trillion), $716 billion and $625 billion respectively.

However, other custodians have been less forthcoming in disclosing their ETF assets under custody. Perhaps this suggests ETF success has not yet spread industry-wide, or that it is an area of business more attractive to larger players whose economies of scale can deal with the low margins involved.

In terms of the responsible investment (or ESG) trend, some custodians recognise there is a demand for more ESG-themed analytics to help managers make informed investment decisions. BNY Mellon’s Pearce believes ESG investment analytics is an area that will develop quickly over the next few years. The problem, however, is that ESG data is notoriously problematic with little standardisation between the different data providers and the methodologies they use.

But these are challenging times for custodians and they will be forced to embrace and explore new areas in order to stay relevant.

“The future belongs to those asset servicers who will be able to transform their business, bring as broad a range of utilities [as possible] and reinvent themselves in some cases,” says Arnaud Claudon, head of asset managers at BNP Paribas Securities Services (BNPPSS).

“Caught in the hype”
Blockchain and distributed ledger technology (DLT) is a key tech theme in custody and one that has sparked thoughts of reinvention. Each year brings a subtle change in tone. While most custodians are involved in blockchain-based projects, either in-house or with partners, they are also aware of the current limitations of the technology.

“The potential of DLT technology, within the field of asset servicing, is great, perhaps even revolutionary,” says Tomas Engel, head of sales at SEB. “But there are several challenges that must be solved before it can reach a larger adoption and become a general-purpose technology that many believe it will be.” Claudon, at BNPPSS, echoes this. He says “blockchain is still looking for a large market as more work remains to be done to bridge the gap between this promising technology and real-world use cases”.

There need to be huge developments in IT and adaptation to customer needs and habits, as well as an evolution of the regulatory framework. Plus, concerns still exist over privacy and scalability.

Arnaud Misset, chief digital officer at Caceis, says that “blockchain technology looks less likely to be able to replace the complex in-house systems of asset servicing companies” according to the many working groups dedicated to DLT. The industry got “caught up in the hype at the outset” and made several assumptions that led to blockchain not meeting initial expectations, Misset says.

And to make matters worse, the industry leapt straight into creating private blockchains “which went somewhat against the spirit of the DLT idea”. Since then, a collaborative approach has been favoured that will definitely see the technology benefit the industry and investors, better than if an individualistic approach had been favoured.

Continuing on the collaborative theme, Pervaiz Panjwani, who is Citi’s regional head of custody and fund services, says that specialist fintech firms have helped to develop new DLT solutions that solve issues of scale and latency. The challenge now, though, is around fragmentation, diverging standards and the complexity of implementation. Indeed, as Panjwani suggests, there could be a role for custodians to act as a “standard integration channel for clients into multiple different networks”.

But the biggest challenge is the complexity of implementation, he says. “Over several decades, industry participants have developed good, robust technology solutions to support their businesses and we now need to decide how we integrate the new DLT and processes into the old world in an efficient and effective way. This, in our view, is the main reason why adoption has been relatively slow so far.”

Many of the challenges are legal and regulatory. As Societe Generale Securities Services head David Abitbol points out, banks can only use blockchains that are not private and permissioned to meet know-your-customer and anti-money laundering obligations. Asset servicers also have to consider the pseudonymity and immutability of most blockchains and the implications for transaction confidentiality. Finally, says Abitbol, abiding laws and regulations across different jurisdictions is a real challenge, given that some countries have ruled that databases should be located within their borders.

But with every challenge comes an opportunity, and custodians are aware that they should be looking to supplant themselves into the role of trusted adviser in a world of encrypted blockchains and smart contracts. As State Street says: “For a system based on encryption, there may be a need for secure maintenance of personal encrypted keys. All these are new components in the value chain. A trusted adviser, such as State Street, could play such roles and provide the respective services.”

Regulatory roadmaps
For all the talk of blockchain, asset servicers are still challenged by an age-old topic: regulation. The Central Securities Depositary Regulation (CSDR) stands out for many, not least because it places obligations on counterparties. According to BNPPSS’s Claudon, it will have a profound effect, imposing fines for late settlements and making for safer and more integrated post-trade infrastructure, but requiring work from all participants. “It means asset managers need to get serious about settlement, review their processes and invest in IT and trade processing where needed. Custodians also have a huge role to play.”

The implementation of the CSDR will require more work from all participants, notes Abitbol at SGSS, who adds that benchmark regulation is also triggering a large amount of paperwork related to rewriting prospectus and contracts and marketing materials.

For Caceis’s Misset, it is changes to collateral obligations that will require investors to have a precise overview of their pools of collateral distributed across different activities and geographies and the implications these have on complex back-office processes.

“What was once a traditional back-office function has become a more strategic imperative for front, middle and back offices, where knowledge of the margin called and how to cover it are key elements in the investment decision,” says Misset.
But while there is a queue of regulations that is either currently undergoing impact assessments or being implemented – including the Shareholders Rights Directive and the European Banking Association’s guidelines for outsourcing – there is arguably greater concern about the regulations that are yet to be conceived, let alone implemented.

As SEB’s Engel says: “First, the priority for global supervisors was to address systemic issues across global markets. Now they must decide how to best regulate the new systemic risk presented by the adoption of new technologies, the impact of fintech on the financial services sector and new non-financial market entrants.”