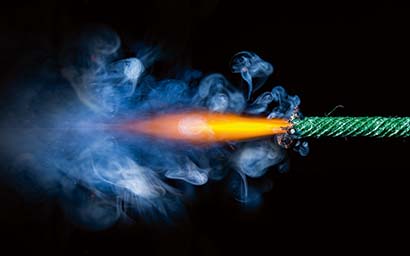 Private equity funds have attracted huge numbers for capital-raising this year following a record-breaking 2017.  But, asks Mark Latham, can the momentum continue?

A frenzy of buyout deal activity last year saw $290 billion (€246 billion) pour into private equity funds in what was the highest year by value since the previous record year of 2007 in which $249 billion was raised.

Rising valuations, however, have made it harder to achieve high returns, so much of the committed capital sits idle as “dry powder” and this war chest of cash yet to be invested now stands at a record $1.14 trillion.

Among the highlights of 2017 was the raising by US-based Apollo Global Management of $24.6 billion for its Apollo Fund 9: a leveraged-buyout fund which at final close in July last year became the largest private equity fund ever – smashing the previous record of $21.7 billion set by Blackstone in 2007.

According to industry data provider Preqin, $290 billion was raised in 305 buyout fund closures last year (of which $109 billion was spent taking public companies private); $73.9 billion of that went into Europe-focused funds and $73.7 billion went into Europe-based funds, with substantial overlap between the last two categories.

So far this year, $165 billion dollars of capital has poured into private equity funds globally with 142 fund closures and more than 1,000 acquisitions. Of this, Europe-focused funds have attracted $55 billion (41 funds closed) and $56 billion into Europe-based funds (43 funds closed).

Although activity slowed in the first half of this year, activity accelerated in the third quarter and, as the fourth quarter of the year is generally the busiest for private equity fund closures, it is still possible that 2018 could match or even overtake 2017’s bumper figures.

The most ambitious fund raising capital currently is the Softbank Vision Fund, which is targeting $100 billion. With backing from two Middle East sovereign funds, it stood at $93 billion at first close in May last year.

The China Structural Reform Fund, a quasi-governmental China-based growth fund which will invest in state-run assets, is targeting $53 billion. Meanwhile, US-based Global Infrastructure Partners 4 and Blackstone 8 are both targeting $20 billion.

This year, the healthcare sector in particular has been a key target for private equity cash. Among the largest deals, in June, was a $9.9 billion buyout by KKR of Envision Healthcare, one of the largest US suppliers of doctors for hospitals.

Another massive deal was Blackstone’s purchase in January of Thomson Reuters’ financial and risk business division for $20 billion in a transaction that was dubbed by one analyst as the fintech deal of the century so far.

Lost ground recovered
Chris Elvin, head of private equity at Preqin, says that the current “unprecedented” period for private equity follows four consecutive years in which more than $350 billion was raised in each year.

“There was a drop-off in fund-raising during the global financial crisis, but the industry has since recovered lost ground,” he says. “There is now an absolute tsunami of cash going back to investors and this has jumped to exponential levels, with more than $400 billion a year being distributed back to limited partners. This trend of limited partner liquidity has driven fund-raising, which is why it has been so stellar for a number of years.”

“Logic would suggest that if you buy high, you might still create value and generate returns, but are you going to be able to generate the level of returns that has historically been seen?” he asks.

“Some of the results of our surveys suggest a slight reduction in the level of expectation. The belief is that the sector will continue to deliver outperformance compared to public markets, but will those returns be at the level they have been historically? Probably not.”

Robert Mirsky, the UK managing partner and head of asset management of US-based accountancy practice EisnerAmper, thinks it likely that 2018 will break last year’s record in terms of asset and investor flow into the private equity market.

“Returns have generally been good and the large private equity managers in particular have taken in substantial sums,” he says.

“The main factors are returns and the search for yield in a low interest rate environment. Investors are looking for ways to make money and private equity is a good way to do it.”

The tech, life sciences and pharma sectors in particular have benefited from private equity in recent years, Mirsky says, but areas such as professional services companies are now increasingly being targeted.

One factor for the growth in private equity, says Mirsky, is the growth and increasing wealth of the middle classes in Asia, Africa and elsewhere looking for better returns on investments than those offered by mutual funds.

In addition, he says, new products have come to market in recent years that allow regulatory-defined sophisticated investors, who were not previously able to invest into alternative strategies, to invest in hedge or private equity-like strategies as part of the normal portfolios.

“While they technically may still be in a mutual fund, those mutual funds are now invested into private equity-type products,” he says.

Mirsky points to the fact that five to ten years ago, average returns on private equity were higher than they are today.

“In the short to medium term, you are going to continue to see significant asset flows into private equity but longer-term, I wonder what happens when what was alternative is now mainstream and everybody is invested in that.”

Complexities
The same point is taken up by Ian Kelly, chief executive of fund administration firm Augentius, who believes that as the asset class becomes more mainstream, this will create more risk.

“Private equity must not only deliver the returns expected but also provide the levels of transparency required by its ‘new’ investors, which is not something currently achieved by all private equity firms,” he says. “Private equity has matured substantially over the last decade. As an industry, it has helped investors to understand the complexities of the asset class and the mechanics of the investment cycle.

“Consequently, not only have the number of investors in the asset class increased, but allocations to the sector have also increased. Many investors no longer see private equity as an ‘alternative’ asset class – but a core component of their overall portfolio.” 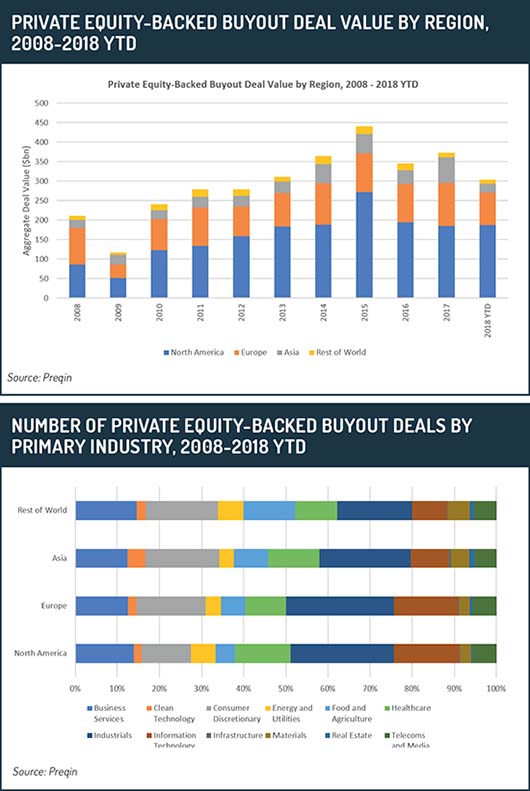 Meanwhile, Joe Docker, a director at the Alpha FMC consultancy, says that private equity returns have benefited from the continued bull market over recent years, driven in particular by access to strategies unavailable to traditional managers, high exit multiples and able buyers.

He adds that outperformance against other asset classes has continued to draw limited partners’ capital in record numbers and remains attractive to pensions managers looking to close their asset-liability gaps. “General partners however, left with ample cash – including record amounts of dry powder in the form of unutilised funds – are facing various challenges,” he says.

“These include the high-multiple environment, increased competition from both managers looking to put capital to work and corporates seeking inorganic growth, as well as an uncertain economic outlook and predictions of a slowing economy post-2019.”

Bubbles
Michael Johnson, head of funds for the Channel Islands of the corporate management company Intertrust, believes that a continuation of the current period of low interest rates means that momentum into private equity is likely to continue.

“While there is considerable buoyancy in the current market, these headwinds mean the outlook for the sector could be slightly more precarious than it seems.”

Richard Hickman, director of investment and operations of the London-listed investment firm HVPE, points to the growing popularity of listed private equity fund of funds as a way for investors to access the asset class.

“The whole sector regularly trades on a wide discount to net asset value (NAV), so there is a real opportunity for investors at the moment as the market begins to appreciate the track record of some of these vehicles in delivering consistently strong NAV growth, while offering defensive qualities by virtue of their significantly diversified underlying holdings,” he says.