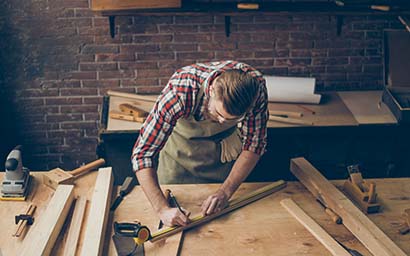 Custodians are changing rapidly as technology opens up new avenues. More value-add and tailored solutions mean the industry looks less like the commodity it once did, finds Nicholas Pratt. Plus, the 2018 custody survey.

For 30 years or more, asset managers and asset owners have rid themselves of the custody task by outsourcing the record-keeping of stocks, bonds and private equity contracts to custody banks. Custody became more or less standardised with ostensibly little to differentiate one custodian from another, except for size.

But for the past couple of years, custodians have become test labs for new technology entering asset management, a move that has put them at the forefront of developments in blockchain, machine learning and robotics .

Claude-Joseph Pech, head of asset servicing sales and client relationships as Pictet & Cie, says: “Whilst custody has been mistakenly regarded as a simple commodity, we now see that it is a service that can be highly complex and clients can place high expectations on service level.”

A first for private equity
Possibly no custody bank does not have a project focused on using distributed ledger technology (DLT), or blockchain as a means of bringing greater automation to fund distribution. But what form do these projects take and how close are they to becoming fully live services?

Northern Trust appears relatively advanced in its blockchain experience, having launched what it claims is the “first commercial deployment of blockchain technology” for the administration of private equity funds. 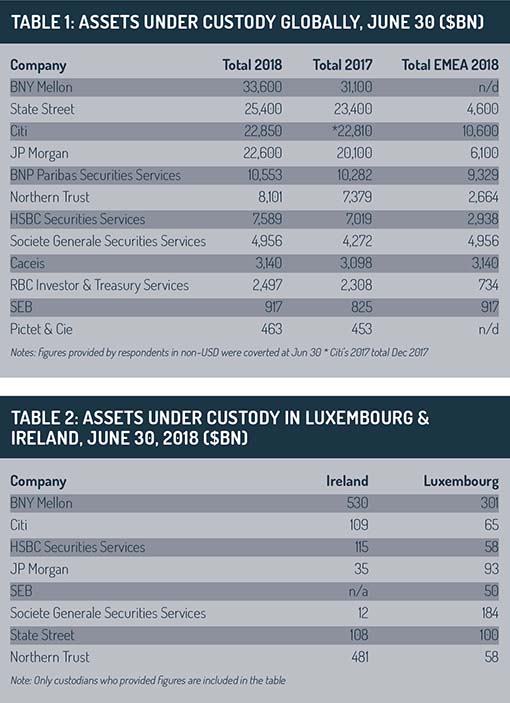 And SEB Bank has one publicly announced initiative based on using blockchain for record-keeping of fund units for asset managers – a project in partnership with Nasdaq first announced in late 2017.

Custodians who are actively exploring and testing technology are often involved in collaborations or consortia of some kind. Bruno Prigent, head of Societe Generale Securities Services (SGSS), points out that blockchain works on a community basis and so the French custodian is a member of LiquidShare in France and FundsDLT in Luxembourg. SGSS has also settled subscriptions and redemptions in funds with another Lux-based blockchain project, Iznes.

Other consortia include the Post Trade Distributed Ledger Group, a global group comprising more than 40 post-trade organisations and which involves State Street; the Luxembourg-based ScoreChain, which involves Pictet & Cie and a range of asset managers and transfer agents and is focused primarily on fund distribution; and LiquidShare, R3 and Digital Asset Holding, where BNP Paribas Securities Services is active.

It remains to be seen how effective the consortia will prove to be and whether they can remain intact long enough to see a project through to fruition, rather than splintering once a more dominant member believes they have gathered enough know-how to strike out on their own.

In the assessment of Tomas Engel, head of investor services sales at SEB Bank, the most realistic timetable for blockchain collaborations to evolve into something workable is about five years.

“Since [SEB’s collaboration with Nasdaq] involves many market participants, it will be a challenge to agree on a complete new business model and new technical solution. If any of our ongoing or future initiatives is successful, our estimation is that it will take two to five years before using DLT in this area.”

What seems clear is that there is no custodian planning to replicate their current core custody offering on a DLT. Instead, most of the DLT projects are focused on some other asset servicing or post-trade process, notably fund distribution or transfer agency.

Disruptive talk
Talk of disruption from new entrants within the transfer agency function appears to be getting quieter. The barriers to entry are, after all, high and collaborations with fintech start-ups have developed. State Street, for example, works with fintechs in collaboration with universities in Ireland, Italy and China.

At BNY Mellon, Daron Pearce, the asset servicing chief executive in Europe, Middle East and Africa, notes that the evaluation and deployment of blockchain solutions is centred on collaboration with clients, partners, peers and industry participants.

“We are conscious of the high bar these solutions will have to address successfully for the needs of the financial services clients we serve, particularly in relation to security and safekeeping,” he says. The need for scale and regulatory scrutiny that comes with a custody service creates a high barrier to entry.

The same point is made by SEB’s Engel, who refers to the custodian’s ability to demonstrate financial commitment, competence, robust compliance, support for new revenue streams, an ability to deal with complex products and willingness to create new operating models, let alone the ability to protect data.

In addition, “the custodian’s survival expectancy is also judged upon understanding that this is still a people business” says Engel.

And given that the margin in providing a custody service remains unattractively low, potential disruptors may decide that there are more enticing markets to explore.

Instead of the defensive dismissal that greeted the early years of DLT, custodians are talking confidently about their own ability to disrupt following new developments in blockchain, big data and AI. These tools will “gradually enhance the efficiency of business operations, increase the range and quality of services and eventually challenge today’s business models”, said BNP Paribas’ Claudon.

As dominant as blockchain may be in current experimentation, it is not the only new technology in town. Citi’s Panjwani says: “While DLT is an important focus, we do not believe that to bring significant benefits to our asset manager clients, we need to limit ourselves to one technology.

“Application programming interface (API) connectivity also features strongly, as does natural language processing, machine learning and artificial intelligence. With regard to new technologies, the focus is on taking friction out of the end-to-end value chain and providing meaningful and insightful data for clients to act upon.”

He references Citi’s Proxymity service which is designed to bring online automation and transparency to the proxy voting process.

Meanwhile, BNY Mellon highlights the impact of data science on client services and the need to increase investment on core technology infrastructure.

Elsewhere, most custodians are focused on growing the scale and global reach of their offerings. Talk of consolidation may not be as rampant as in previous years, but the broader deal landscape is notable for BNP Paribas Securities Services’ acquisition of the fund platform from asset manager Janus Henderson, which gave the custodian the ability to expand in the US domestic fund market.

SEB is focused on its “aggressive Nordic growth case for domestic clients”, says Engel, including expanding in new areas such as alternatives, responsible investment, and increased investment in old areas such as sub-custody.

Northern Trust is looking to build out its continental European business, while RBC Investor & Treasury Services is focusing on applying new technology to funds in real estate, private equity, private debt and infrastructure via its Private Capital Services Platform.

Pictet Asset Services, in line with its traditional approach to custody clients, is less focused on size and building on critical mass, says Pech.

“Even though we now have over $500 billion in custody, we want to maintain our tailor-made and agile custody services approach. Digital solutions, following up on IA and RPA initiatives to enhance service quality level and control costs are definitely our priorities, while maintaining our intuitu personae approach that derives from our private banking DNA.”

Pictet is targeting those clients that have prioritised expertise and superior service levels over cheap pricing, Pech says. But despite the gradual advancement of technology among custodian services, the underlying economic fundamentals in the market have not changed.

Prigent at SGSS says regulations are still a concern, including the “slow and inevitable upheaval” of MiFID II on fund distribution everywhere in Europe. Low or negative interest rates are still “a major worry for asset owners” and the pressure of passive management is triggering “specialisation strategies of mid-size managers and market consolidation”.

These trends continue the downward pricing pressure on custodians, a fact that may temper ambitions to develop new technology-led projects – to the point where the forecast of up to five years for any blockchain project to become a mainstream feature of the custody service looks more realistic by the day.