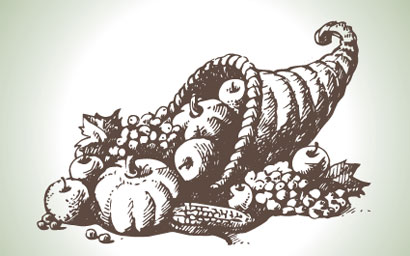 Capital is flowing into private equity at a rate not seen for years. Catherine Lafferty asks if this is a worrying sign of a bubble.

In antiquity, the allegorical female divinity, Plenty, was sometimes depicted holding an inverted cornucopia from which issued gold and silver coins. It’s an arresting image that could be used today to represent the current state of the private equity market.

Earlier this month, Pitchbook, which provides industry data, revealed that private equity firms have been raising more capital than at any point since 2007. Investors ploughed $212.6 billion (€181 billion) into North American and European funds in the year to August 1. The level of flows is expected to be 24% higher than that of 2016.

In a further sign of a buoyant market, Nicholas Holman, co-head of law firm Hogan Lovells’ Investment Funds Group, notes that capital-raising periods – showing the time between a fund launch and close – have shortened.

“It feels like 2017 will be the strongest year since the crisis – it’s certainly shaping up that way. Investors are not dragging their heels so much,” he says.

Behind this flood of capital, there are a number of factors at play. The low-yield environment is an ongoing cause. Limited partners (LPs), the investors, have risk budgets and general partners (GPs) are aware of this.

Also, managers who deliver strong exits on investments in existing funds will continue to raise money. The key is the exit, Holman stresses, and successful exits have increased noticeably since the worst days of the crisis. The classic private equity fund buyout is very focused on what the total return will be, which is driven by the exit value they can achieve. If a private equity firm delivers a material amount of capital to investors, this may well be used to underwrite the next fund.

Another factor is that the secondaries market has been strong. The ability of investors in fixed-term private equity funds to sell their interests to a specialist secondary buyer is much more buoyant and liquid.

Richard Hope, managing director of Hamilton Lane, agrees that there has been a noticeable pick-up in fundraising. He looks at fundraising in cycles, as a fund typically raises capital every three to five years.

“Taking this year as an example, you see the back end of a fundraising cycle for many of the larger private equity funds, with those funds coincidentally raising capital at the same time. Other times, it is more spread out.“

Charles Lorenceau, managing director of Ace & Co, a private equity firm, says analytics suggest that with US$3 trillion in assets under management, private equity represents 50% of total alternative investments and the amount of capital raised has reached pre-2008 levels. But he also points out that corporations, pension funds, family offices and sovereign wealth funds are in the ‘mature’ stages of investment and increasingly investing directly into companies.

Private equity funds are becoming more ‘vertically integrated’ by investing across stages, sectors and geographies. This has attracted more investors looking for low yield-beating returns, with few alternatives in other asset classes to provide higher returns.

The increased number of funds and flow of capital is having a knock-on effect on both valuations and competition. At the moment, this shows no sign of slowing down.

Mounir Guen, CEO and founder of MVision, says the abundance of capital in private equity may just be cyclical and needs to be examined though the lens of a three-year cycle. This will include considering factors such as GDP and M&A activity in a given country.

David Hall, managing director of YFM Equity Partners, identifies another factor that has affected fundraising activity: the expulsion of venture capital trusts (VCTs) from the European market because of their tax relief.

This was implemented during the course of 2016. In one fell swoop, says Hall, it removed between £250 million (€285 million) and £500 million a year in the UK of investor cash from the marketplace.

From 2015, VCTs could no longer invest in replacement capital, private equity buy-ins and buy-outs, meaning YFM has had to identify other sources of capital. Rather than institutional investors with large pots, it has looked to high-net-worth families.

When YFM closed its YFM EP 2016 Fund in April, 90% of the investors were rich families.

“The appetite surprised us,” says Hall. “We wanted to close the fund quickly and it closed at a lower level than it could have done [because] there was more demand for it. Our fund is now 20% invested already.” YFM’s view is that there is still a significant supply of capital in private equity.

Bursting point
Still, there can always be too much of a good thing. An sufeit of successful fundraising could produce challenges for the market such as asset price inflation – however, Hall points out that private equity has significantly outperformed over the longer term, meaning investors may accept a little less performance.

Fears of a bubble swelling to bursting point exercise some in the industry. Rhonda Ryan, managing director and head of Europe, the Middle East and Africa at Pavilion Alternatives, says: “I was around the last time we had a bubble. One problem with too much capital is we could end up with too high a price. Currently prices are high and getting close to their peak.”

In the run-up to both the 2000 dotcom crash and the 2008 financial crisis, there was a big step upwards in fund size and an increase in investment pace, with a shortening in the period between fundraisings, he says.

Historically, these are the signs of an overheating market, though Hope says these signs are not being seen at present. He says that managers are acting prudently in fundraising and in the time they take to invest a fund.

“The investment period is normally five years,” he adds. “Most funds are currently taking around three to five years, some are using the full five years. In the past, they were taking two to three years. We are seeing a generally normal private equity market at the moment.”