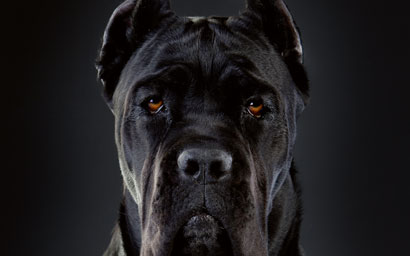 Under plans put forward by the European Commission last month, the EU’s financial supervisors would gain sweeping powers to monitor non-EU financial companies that are allowed to sell into the bloc under the so-called ‘equivalence’ rules.

New arrangements are needed, the Commission said, because Brexit raises “specific concerns around the excessive use of outsourcing, which could undermine effective EU supervision”.

Outlining its plans to impose more controls on foreign firms that do business in the EU, the Commission said it believes the departure of the UK from the EU in 2019 will require a strengthening of financial supervision in the remaining 27 countries.

The proposed changes would give the European Securities and Markets Authority (Esma), the European Insurance and Occupational Pensions Authority (EIOPA) and the soon-to-be-relocated European Banking Authority (EBA) – collectively known as the European Supervisory Authorities (ESAs) – new powers to oversee activity in London, Europe’s largest financial centre, once Britain leaves the bloc and assumes the status of a third country.

Speaking at a press conference in Brussels, EC vice-president Valdis Dombrovskis said that “in the context of Brexit, we have to ensure that there is not a supervisory race to the bottom to attract business from London”.

“We want to make cross-border operations easier for companies, more effective to monitor for supervisors and more trustworthy for consumers.”

The proposals follow suggestions from Brussels that could lead to the requirement that euro-denominated derivatives be made through clearing houses within the eurozone: a proposal that could, it is estimated, lead to the loss of up to 100,000 jobs in London, which currently accounts for three-quarters of the global market.

In July, Esma published tougher guidance on how much business firms relocating to continental Europe could delegate back to a third country, saying that this could not exceed the amount of business in the EU by a “substantial margin”.

Among the Commission’s legislative proposals that would impact the asset management industry in particular, Esma would monitor how national supervisors apply the rules and whether a fund manager’s outsourcing arrangements are within the rules.

If the proposals were enacted, it would represent a major expansion of the remit of Esma, which was created in 2011 as part of the EU’s response to the financial crash.

In addition, the Paris-based regulator would gain a new executive board that would not be beholden to the current supervisory board, made up of national regulators.

The Commission’s latest proposals followed comments made by Esma chairman Steven Maijoor earlier this year, when he told national regulators that they needed to monitor closely attempts by UK-based companies to set up letterbox entities in the EU.

The fear among some of the remaining 27 EU member states is that, post-Brexit, fragmented national rules in the EU could encourage London-based firms to gravitate towards countries with lighter-touch regulatory regimes.

Addressing journalists at the Association of the Luxembourg Fund Industry (Alfi) Global Distribution Conference last month, association chairman Denise Voss, a conducting officer at Franklin Templeton Investments, said that delegation had been a “tried-and-tested model” for more than three decades.

“Unfortunately, I think there has been some discussion around Brexit and the potential for some member states to gain some business – which is not Luxembourg’s stance,” she said.

“The question of the model of delegation has a more political origin as there have been no problems with using the delegation model so far.”

According to Alfi, 17% of Luxembourg-domiciled funds, amounting to €398 billion, are ‘delegated’ to UK-based asset managers, so any change to the current regime would have major implications for the Grand Duchy. Delegation forms the backbone of its important asset management industry.

Following the publication of the European Commission’s most recent proposals, the US investment funds trade body the Investment Company Institute (ICI) warned that the EU was moving towards “new rounds of protectionism” that could see limitations on the delegation of fund management activities outside of member states.

The ICI warned the plans could damage the Ucits fund brand should protectionism break out in the global funds industry, adding that the proposals risked “closing off” Europe to fund managers from non-member states.

‘Hotch-potch’
Speaking to Funds Europe on the margins of the Alfi conference, Julie Patterson, KPMG’s head of asset management regulatory change, said there is now a danger that current Ucits funds domiciled in the UK could in future stop qualifying as Ucits funds “because Ucits are by definition EU-domiciled funds with EU management”.

If that were to happen, it could have significant implications for the asset management industry in the UK. The Ucits brand has become one of the most successful types of mutual fund worldwide since its introduction in 1985.

According to the UK’s Investment Association, £7 trillion (€8 trillion) of assets are currently managed in the UK, of which around 20% is managed on behalf of European clients.

“When you look at that 20% [£1.4 trillion], around half of it could be at risk and more functions will have to be carried out in places like Luxembourg or Ireland,” Patterson said.

She believes that three recent subjects of debate within the industry – on the powers of ESAs, Brexit and the issue of funds with little substance in their country of domicile – are in danger of becoming conflated.

“All of those debates have some underlying rationale,” she said. “The coming together in the current hotch-potch is making the industry nervous.

“The fundamental issue in relation to asset management is that, whether we are talking about Ucits or pension funds or alternative investment funds, the best expertise is generally in the geography of the assets.

“If you have a firm that has invested in Latin America, you probably need Latin American expertise. You really want portfolio managers who are knowledgeable about their areas to be located in the regions that they specialise in.

“This fundamentally calls into question the basis of having the best-placed portfolio managers for selecting assets.”

Pessimistic outlook
Patterson said that, with so much uncertainty over how Brexit will play out, she was “extremely pessimistic” for the retail market. She believes that the outlook for the institutional market is rosier, as it is more likely to form part of an eventual trade deal between the UK and EU.

“Whatever happens, costs will increase,” she said. “That is the net effect of not being in the club.”

Speaking on a panel at the Alfi conference, former Luxembourg finance minister Luc Frieden, now a partner with law firm Elvinger Hoss Prussen, said it was “worrisome that we appear to be going back to a much more closed market”.

He added: “I hope those who take the decision at the end of the day realise that the cross-border aspect, including delegation, is part of the very essence of the markets we have built up in the past years.”

On the broader subject of Brexit and its long-term ramifications, Frieden is optimistic – at least with regard to the remaining 27 member states.

“Brexit is not a major issue for Europe,” he said.

“It is a major issue for the UK, but the rest of Europe will move on.”