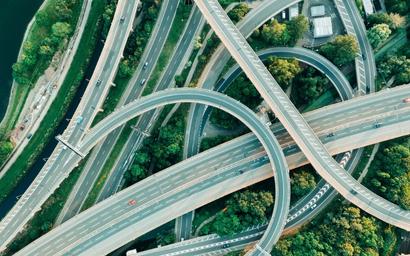 The scale of debts involved in China’s major economic plan remains manageable – but at least one investor claims it is doomed to fail in the longer run, finds David Whitehouse.

Economic turmoil in Sri Lanka signals that China’s Belt and Road Initiative (BRI) will have to redefine its aims and create a plan that is more financially realistic.

Sri Lanka defaulted on its US$50 billion foreign debt in April, with China among the creditors. Surging inflation and mass protests led to the downfall of President Gotabaya Rajapaksa. Rajapaksa had argued that Chinese investment in Sri Lanka’s Hambantota port was purely economic – but India fears that the port has a military purpose, and the crisis suggests that China’s influence on the country could be waning.

Sri Lanka has accepted aid from India, the US, the World Bank and the European Union.

While Sri Lanka is not a large-scale financial problem for China itself, the cumulative impact of countries in the BRI struggling to service loans is significant, says Kamil Dimmich, partner at North of South Capital in London. According to a Wall Street Journal report, economists Sebastian Horn, Carmen Reinhart and Christoph Trebesch have estimated that nearly 60% of China’s overseas loans are now held by countries in financial distress, versus 5% in 2010. That comes at a time when China is feeling “pinch-points” over bad domestic property debts, meaning banks have limited capacity to take on new risks, Dimmich says.

There has been a pattern of “poor, naïve investments”, Dimmich says. There remain few successful instances of Chinese ownership of foreign businesses due in part to cultural differences, and BRI has “slightly gone off the rails” in financial terms.

North of South’s exposure to China is less than the country’s weightings in emerging market benchmarks. The fund is value-oriented, and Dimmich is positive about the outlook for southeast Asia, Taiwan, South Korea and Latin America. BRI ambitions have “definitely been scaled back” and China’s approach to projects will be more selective, Dimmich says. The approach in future will be “less grandiose”.

He adds: “They are somewhat chastened. There is a rethink going on.”

Lack of choice
According to the Green Finance & Development Center (GFDC) at Fudan University in Shanghai, BRI finance and investments were steady and at historically low levels in the first half of 2022, totalling $28.4 billion versus $29.6 billion a year earlier. Cumulative BRI engagement since 2013 amounts to $932 billion, the GFDC says. Individual projects are becoming less ambitious: the GFDC says the average deal size for construction projects fell from $558 million in 2021 to $325 million in the first half of 2022.

Tundra Fonder, a Swedish open-ended fund that invests in frontier markets, has been invested in Sri Lanka since 2013. The country’s problems were not caused by BRI lending, which made up only $7 billion of its foreign currency debt, says the firm’s chief investment officer, Mattias Martinsson, in Stockholm.

"The belt and road initiative is doomed to fail. it will sink under the weight of corruption and zombie projects.”

He’s optimistic that Sri Lanka can turn the corner. Restructuring at the end of this year or early 2023 is likely to make the debt more sustainable, he says, and the benefit from the restart of tourism is still to come. “The coming five years could be significantly better” for the country.

Martinsson says he will be “surprised” if Sri Lanka’s woes don’t have an impact on the BRI. While China was the first to grasp the political importance of lending for infrastructure, others have caught on, and China is likely to face more competition in future. Countries such as Pakistan, Martinsson says, are “very open to other sources of funding”. They borrowed from China because it was the only country that came forward, he says. “China did the legwork. No one else did.”

The Fudan research predicts that the US and EU will provide greater competition for China in development finance this year. The window of opportunity is open for potential rivals in infrastructure lending, Martinsson says. In 2021, the G7 launched the Partnership for Global Infrastructure and Investment, which aims to mobilise $600 billion in public and private funding for infrastructure by 2027. But so far, there is no sign of greater flexibility in G7 lending requirements, Martinsson says, and in five to ten years’ time, it may be harder to mount a challenge to China. Right now, the choice for developing countries remains between China, with its lack of transparency, and Western countries, with bureaucratic loan application procedures. “There’s nothing in-between.”

New professionalism
Martinsson says the short-term outlook is “grim” in all the firm’s markets, with the possible exception of Vietnam. The only reason to be optimistic, he says, is that many of the hits that frontier markets have taken are already reflected in valuations. Longer term, he says, frontier markets can provide outsized returns as relatively few people follow them. Low and middle-income countries, he says, will, over the next 50 years, be the only parts of the world where the population and labour forces grow.

While China’s zero-Covid policy has affected the whole Asian region, reopening of tourism in Thailand means an opportunity to buy the Thai baht, says Kaspar Hense, senior portfolio manager in investment grade bonds at BlueBay Asset Management in London. He expects China to exit recession this year and achieve GDP growth in 2023, with the Australian and New Zealand currencies set to benefit. BRI will continue with China seeking to open new markets to reduce its exposure to the US economy, Hense says. Restructuring of bilateral loans, he says, can be achieved by maturity extensions with the amounts involved being manageable in the context of China’s current account surplus of $360 billion. “The numbers are too low to affect China’s overall credit score.” 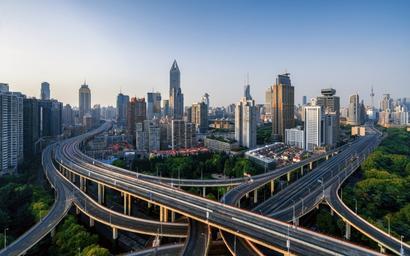 In the longer term, he is positive about southeast Asia due to a fast-growing population – a theme “not going away”.

After declining to about 0% in 2018, the current account surplus has recently rebounded and will be about 3% of GDP in 2022, says Hanke, who served on Ronald Reagan’s council of economic advisers.

The rebound means the BRI will continue and even accelerate in the near future, according to Hanke. In the long term, though, he argues, BRI is “doomed to fail. It will sink under the weight of corruption and zombie projects” which don’t generate a return justifying the cost of capital. “They are not private-to-private exchanges. The BRI projects are subject to huge waste, fraud and abuse.”

The long-term in economics can be glacial. Veteran emerging markets investor Mark Mobius agrees that many of the BRI projects that China has invested in are not economically viable. But China will want to get its money back and won’t be walking away from its loans, Mobius says. That will come at a political cost. As the US discovered after the Good Neighbor Policy set up by Franklin Delano Roosevelt in 1933, “you don’t make friends by lending money”, Mobius says.

Jerry Wu, a fund manager at Polar Capital in London, says that BRI remains a “market access exercise” in Eurasia, the Middle East and Africa, and will continue as a strategic priority for as long as Xi Jinping, China’s president, is driving policy. “The fundamental premise is still there.”

"Economists have estimated that nearly 60% of china’s overseas loans are now held by countries in financial distress, versus 5% in 2010."

But BRI is likely to change in terms of scale and execution, Wu says. Up until 2018, the agenda was to grow at any cost. In future, Wu suspects management will be “more commercially oriented”, with profitability and risk management taking a higher priority. The approach in financial terms will be “slightly more professional.”

Financial weakness in emerging markets means the burden on China is likely to get heavier in the short to medium term, says Wu, who expects more loan restructurings will be needed. But the scale of the debts involved remains manageable for China, and essential project-based goals will continue to be met, he says. That will go hand-in-hand with a “diplomatic charm offensive” in the coming months to improve China’s international image, Wu says. “They will be aggressive on the global stage.”

China is likely to have learned from cases such as the Zambian debt default of 2020, where the lack of transparency over Chinese loans and ‘haircuts’ has been a major obstacle to overall debt restructuring. Beijing has “learned the hard way” that it has to work with global institutions, and it has shown signs of being willing to work in partnership with the Paris Club of creditors, Wu says. Paris Club creditors, according to Bloomberg, have reached out to China and India to coordinate Sri Lanka’s debt-restructuring talks.

China will take haircuts and provide transparency once it decides that has to be done, Wu argues. “They will come to that conclusion.”