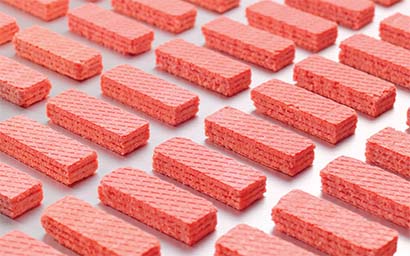 Much more institutional money is expected to flow into ESG ETFs, and product providers are creating ETFs to capture it, reports Fiona Nicolson.

In a move that may reflect how institutions are increasing their environmental, social and governance (ESG) allocations through passive funds, Finnish pension-insurance company Varma invested €200 million in a carbon-transition ETF offered by asset manager BlackRock earlier this year.

Another pension-insurance firm, Ilmarinen, which is also Finnish, reported in April that it had invested €5 billion into ESG-themed ETFs.

The two investments came less than a year after research by Invesco, an asset manager that offers ETFs, predicted that more European institutional investors would make higher ESG allocations through passive funds, including ETFs.

This pattern in institutional investment would stem partly from the Covid-19 pandemic, said Invesco, and from positive performance expectations with respect to passive allocations that apply ESG criteria.

More than half (60%) of Invesco’s respondents said they thought that ETFs with an ESG element had the potential for better performance compared with their non-ESG equivalents. In addition, 55% of the 101 European institutional investors surveyed believed that most of their ESG investments would be held in passive products by 2025. Some said it could happen even sooner – within the next two years, in fact.

Hector McNeil, co-CEO of ETF specialist HANetf, acknowledges that – in contrast with traditional mutual funds – tracking institutional inflows into ETFs is not always possible, because ETF providers cannot easily identify who their end-investors are. The reason for this is that ETF buying-and-selling activity takes place in the secondary market.

The number of ESG ETF launches in recent months has been high, as have flow volumes this year. Morningstar data reveals that flows into Europe-domiciled, sustainable ETFs in the first two quarters of 2021 alone were €40.26 billion – just short of the total for the whole of 2020 (€43.76 billion).

Further research, published in May this year by TrackInsight, JPMorgan and IHS Markit, stated that ESG was the “biggest game in town”, with ETF ESG assets having tripled in 2020 to $174 billion (€149 billion). Nearly half of the survey’s respondents (48%) said they expected to increase their exposure to ESG ETFs by at least 5%.

Higher performance expectations have been partly responsible for inflows into ESG ETFs, McNeil says. Another factor is investors’ broader adoption of sustainability objectives across their portfolios.

An important year
The uptick in ESG investing has been well documented in the past two years. But this year is an important year for sustainability and climate with the 26th United Nations Climate Change Conference – known as COP26 – due to take place in Glasgow. It seems that ETF production has gone into overdrive around the ESG theme – including extending the reach of these products.

For many years, product development for both ETFs and ESG strategies centred on equities listed in developed markets. It now reaches deeper into emerging markets and fixed income, however.

Earlier in the year, Vanguard launched a corporate bond ETF designed to be a “core building block” for ESG portfolios. It screens out bonds associated with non-ESG areas, such as non-renewable energy.

Others active in the ESG bond ETF segment in 2021 include BlackRock’s iShares. The firm has launched a total of 11 ESG ETFs so far this year, including a green bond version and a government-bond climate ETF.

Within equities, over the summer Rize ETF reported that it had launched the first environmental impact ETF in Europe. Co-founder Stuart Forbes said the product was designed to give investors exposure to the top 100 most impactful companies in the environmental universe, while providing them with reassurance that their capital was being geared towards maximising environmental sustainability.

Legal & General Investment Management (LGIM) launched a L&G Hydrogen Economy Ucits ETF in February. Reportedly the first of its kind in Europe, it gives investors exposure to opportunities that should stem from the transition to a “hydrogen economy”. This includes the technologies and firms enabling the production of cheaper, clean forms of hydrogen.

There was still no let-up in the more vanilla equity segment, though, where BNP Paribas Asset Management announced its third low-carbon ETF, focusing on 100 of the top eurozone firms that were reducing carbon emissions and excluding companies with the lowest ESG scores.

Even gold is coming into play. Among HANetf’s six ESG-themed ETF launches so far this year is an ESG gold miners ETF, which focuses on the 25 best-in-class-rated companies in the gold-mining sector.“Clearly, gold mining can’t be an ESG strategy, but by focusing on the best-in-class ESG-rated companies, you screen out the ‘browner’ players and encourage better practices,” McNeil says.

It seems unlikely ESG ETF launches have reached a peak – not if the Invesco survey is correct and a torrent of institutional money is poised to make its way into these products.

Howie Li, head of ETF at LGIM, believes 2022 will see continued growth in sustainable investment by both wholesale and institutional investors

Meanwhile Manuela Sperandeo, regional head of iShares and index head of sustainable indexing at Blackrock, says growth in sustainable investments is set to “run for quite a while yet” – in part because, for investors accessing distribution platforms across Europe, it will become the default option.