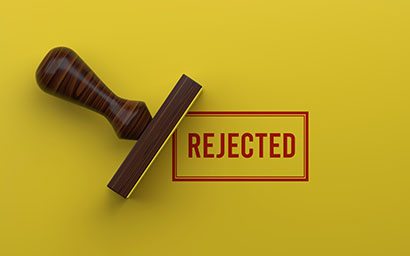 Settlement failure costs are too big for the securities industry to ignore, finds Stephanie Baxter, who attended a three-day virtual Sibos event in October.

Smoother settlement cycles (including the potential benefits of T+0), the persistent problem of settlement fails, and the possibilities of blockchain technology, were the key themes at a virtual financial community event held by Sibos in October.

On the opening day of the annual Sibos conference, a panel discussed how to tackle the problem of settlement fails, which costs the securities industry billions each year and penalises firms when they are unable to comply. This has become an urgent priority for the industry.

Samuel Riley, a member of the Clearstream executive board, said: “We seem to have no one-size-fits-all solution for the challenges around settlement efficiencies – it’s more nuanced [than that]. But it continues to be a problem in the complexity of modern day [markets]… particularly in the ability to trade and settle securities that have been issued in multiple countries.”

While industry standards are in place to limit some of the efficiency issues, Riley said it is important to continue to look at further reforms.

The Central Securities Depositories Regulation (CSDR) settlement regime in Europe is likely to be extended into eurobonds, ETFs, small caps and possibly foreign exchange, where there is a higher natural rate of settlement failures.

Steven Wager, global head of direct custody at BNY Mellon, said a natural failure rate of 5% or lower is a sign of an efficient and well-functioning market. The ‘race to zero’ for settlement fails is designed to minimise costs wherever possible and make the industry more efficient. However, he is not convinced aiming for zero fails would be in the best interests of the industry.

“The slight, small amount of fails that we have today in developed markets really do allow us a lot of flexibility in regard to settlement models, financing capabilities, client constructs” and so on, he said. “But I’m not sure if zero actually would be the answer for us either.”

The panel noted that trade settlement failures can be due to a combination of many different things, such as lack of information and the presence of enough intermediaries in the system.

Peter Sneyers, CEO of Euroclear Bank, pointed out that fails are often related to not having the securities available to settle the trade. “That is something where we can do a lot [to help]. We can develop some more intelligent tools, and make sure that we have [solutions] for different clients to deal with the situation… or to even work with artificial intelligence to predict certain fails. That would allow them to act faster and make sure that they create some additional value, by avoiding penalties.”

Alexis Thompson, head of global securities services at Madrid-based Banco Bilbao Vizcaya Argentaria (BBVA), said that when the Spanish market moved from T+3 to T+2 in 2016, it seemed like the end of the world was coming. “[We were thinking] how are we going to lose a day in the settlement cycle, this is just going to fall apart. But, at the end of it, the transition went very smoothly. Obviously, there were some IT developments that had to take place.”

Thompson said there are clear advantages to further reducing the settlement cycle to T+1, which is under discussion in Europe. Risk mitigation is one of the primary benefits of shortening the cycle, as it reduces the lag from markets moving in real time.

Suzanne Sprague, a managing director at Chicago Mercantile Exchange (CME), noted that shortening the cycle reduces the accumulation of risk in the system and can also increase the speed with which clients can get value.

She said the clearing house is looking forward to having shortened settlement for assets that CME accepts as margin, such as equities, corporate bonds and foreign sovereign debt.

Rather than sitting in limbo for a day or two, shorter settlement times mean “being able to position assets more quickly – for liquidity purposes and even margin credit purposes”, Sprague added.

The DTCC’s analysis of the impact of moving from T+2 to T+1 found it would lower average value at risk (VaR) across the industry by 41%. Michele Hillery, managing director, equities clearance at DTCC, noted that this is “sizeable, particularly in times of market volatility”.

She added: “As the volatility goes up, this 41% stays constant, so there’s a material benefit to the industry. And then, obviously, with one day taken out… you might see, depending on the portfolio, a flattening of the mark-to-market across portfolios.”

Market infrastructure would need to be overhauled to get to T+0, as it would require participants to have the securities and cash available on the day of the trade.

DTCC has been looking at T+0 technology. “The existing systems can support T+0, but moving to it would provide us an opportunity to redo significant amounts of technology and have the chance to really explore what would be the right solution for that,” Hillery said.

DLT is the future
The industry could look to adopt distributed ledger technology (DLT) to facilitate shorter settlement cycles. Blockchain technology could enable the secure functioning of a decentralised digital database.

BBVA’s Thompson is convinced that DLT is the future for the industry – but thinks there first needs to be clarity on its implications. For example, clarification will be needed on the role central counterparties (CCPs) and clearing houses will play in a market when DLT is introduced. “We have to definitely entertain blockchain, we have to bring in DLT, it’s going to form part of our new infrastructure, but we still need CCPs and clearing houses to form an integral part of that infrastructure for this to carry on working, as they give us security and confidence,” he said.

In a keynote speech on October 13, Lieve Mostrey, CEO of Euroclear, said that the firm sees a lot of potential in DLT and that Euroclear could become one of the early adopters of the technology. Along with other market participants, Euroclear has explored the issuance, allotment and initial trading of bonds on DLT.

“We see plenty of opportunity and everyone can see how an ideal future could be reached where the whole world is connected to the same ledger,” so removing reconciliation constraints with full transparency of information, she said.

The difficulty is how to get there. “There is a lot of ‘chicken and egg’,” she added. “Is it attractive for an issuer to go to a ledger if there are very few investors connected to it?”

A separate panel on assets of the future also discussed the potential of blockchain across the financial markets, including the potential of new types of digital assets such as non-fungible tokens (NFTs).

Mark Smith, CEO of Symbiont.io, said: “This might be the first time in history where we’ve had the opportunity to think about things in a global context and the creation of new assets, new technologies to drive those assets forwards, new strategies to use those assets – but also ways to take traditional assets and reimagine them.”

Bitcoin is the first blockchain asset to mature into something other than just a speculative tradable asset, Smith argued. “It’s now become a reserve asset,” he said. “It’s something that people are putting on their balance sheets, they see it as a long-term piece of a financial strategy.”

Mike Demissie, head of the advanced solutions and digital assets unit at BNY Mellon, said the twin developments of blockchain and asset tokenisation open up possibilities with far-reaching implications.

He added: “You can codify ownership of various assets and put them on these digital rails. And this can impact liquidity, it can impact transaction efficiency, access and much more.

“And at the same time when you look at the decentralised construct of these technologies themselves, it enables new business models.”