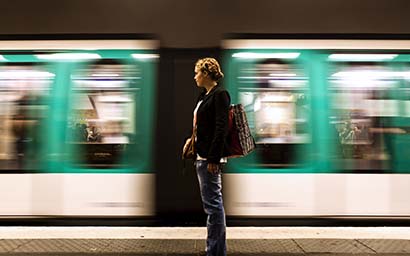 The French Pacte Law, issued by the Autorité des Marchés Financiers (AMF) in May 2019, was seen as an innovative first step in creating a framework for digital-assets service providers. Pacte put France in a leading position among European rivals as a digital domicile-of-choice.

In recent weeks the AMF issued further guidance on the law for French and international firms seeking to apply for a ‘DASP’ (digital asset service provider) licence or registration.

Meanwhile, the European Commission outlined proposals for a digital-assets framework, known as the MiCA law. This includes a proposed pilot regime for service providers to develop blockchain-based offerings for digital securities, such as custody.

The problem is, the two laws conflict in places, and though the Pacte and MiCA laws are far from finished articles – and while the main asset servicers in France welcome the regulators’ intentions – there is still more to do before custodian banks can develop digital custody offerings.

For asset servicers, regulation is a critical step in terms of developing their own digital custody offerings. “The first role of a custodian is to guarantee the safety of assets, so it is essential that there is a fully regulated framework for digital assets,” says Bruno Campenon, head of financial intermediaries and corporates at BNP Paribas Securities Services (BNPPSS).

In France, the AMF wants to harmonise the legal framework and remove regulatory uncertainty without stifling innovation. It wants to achieve a flexible licensing regime that recognises the difference between trading and custody.

Until then, it seems very few digital custody offerings will emerge. Tellingly, when the AMF issued its recent guidance in September, it also revealed that it had granted DASP registrations to just two unidentified players and was yet to issue a licence to a single applicant, although it stated that several applications had been received.

Currently, France’s digital assets market is mainly confined to cryptocurrencies, says Alain Rocher, head of knowledge management at Societe Generale Securities Services (SGSS). And while there are high hopes for the development of security tokens, current regulation such as the EC’s proposed pilot regime still includes the same third-party providers – such as central securities depositaries (CSDs) – that were already in place as a result of older technology.

“The point of distributed ledger technology (DLT) is precisely to propose another approach of trust by allowing this trust to be distributed over a community of participants and no longer, as before, only centralised on trusted third parties,” says Rocher. “The market for the custody of digital assets is therefore still a market in the making.”

New service providers emerging in the digital assets space have generally offered either cryptocurrency trading services or private key security tools to access cryptocurrencies – something the regulator does not quite consider to be the same as custody, says Rocher.

Meanwhile, traditional custodians are waiting for the final texts of the European Commission’s MiCA project to ensure that the EC has understood the impact of DLT on their own role, as well as that of the CSDs.

What Rocher would like to see in any future regulation is a clear recognition of the difference between DLT and current centralised ledger technology. “As long as European regulations have not clearly and definitively established the nature and responsibilities associated with the digital-asset custody service, we will obviously not take the risk of offering this service to external clients,” he says.

It is a fundamental point that regulation captures the difference between DLT, which is about a distributed ledger, and current technology that could be described as a centralised ledger.

“If the regulation does not succeed in being neutral, it will probably be very difficult to justify the use of DLT for the securities business and there will probably not be much customer demand.”

Legal incompatibilities
France’s digital assets landscape is growing but indecision surrounding the responsibilities of custodians acting as third parties is hindering major providers in approaching the market, says Eliane Méziani, senior adviser, public affairs, at custody bank Caceis. “As far as we are aware, only four service providers have obtained authorisation from the AMF to act for digital assets, none of which is a major French or foreign depository,” she says.

Méziani says low demand may be due to the lack of a stable regulatory framework – even with the introduction of the draft MiCA law – and uncertainty regarding the long-term status of service providers introduced by the Pacte law.

Secondly, the regulatory framework is slow in providing clearly defined roles and responsibilities for custodians when dealing with third parties of digital assets, says Méziani. “At the current time, there are incompatibilities between the French Pacte law, which assigns custodians the responsibility for digital assets’ restitution, and the draft European MiCA legislation, which defines the responsibilities differently and is likely to invalidate French efforts,” she adds.

A major advantage of the MiCA legislation is its aim to create harmonised rules across Europe, something that all asset servicers welcome. However, given that it is unlikely to come into force until 2022 or 2023, there is a danger that some players, both old and new, may wait until then before entering the digital assets business, says Méziani.

“MiCA’s ambition is the same as that of the French Pacte law, but it’s not an easy task because it is essentially trying to fix a legal text in place for an innovative, fast-evolving, international world,” she says. “The objective of the draft European MiCA regulation is laudable. However, it remains to be seen whether it is possible to grasp the characteristics of this dynamic new world, while also satisfying the traditional players’ need for rigour.”

The EC also has to battle the national interests of individual EU states, says BNPPSS’s Campenon.

“Each market wants to be the first to structure a market for digital assets,” he says. “That is understandable, but it is our role to encourage them to discuss a harmonised European market. Germany, France and Luxembourg are pretty advanced on this, but we need to get everyone involved in the discussion.”

Campenon says there is a need to have a unified approach to the restitution, fungibility and regulation of assets across multiple jurisdictions. These issues become even more important when applied to the blockchain and DLT.

Of particular concern are the exact details that the blockchain needs to provide to the regulator, as well as basic security issues like the way that market participants access that blockchain – either through a single private key or via the more secure option of multiparty computation.

In some ways, the digital custody market is in a chicken-and-egg situation, says Campenon. “Investors want access to digital assets because of the potential yield, hedge funds especially. But they need good places of issuance and custody and they also need regulations. Regulators need to see investor appetite and it is not yet there, [but] the interest is growing and the regulatory activity is accelerating, so in the second half of 2021, I expect to see something.”

Post-hype
Given the hype that greeted the emergence of blockchain and its potential to rewrite the post-trade landscape, the time and resources it will take to instil solid regulation means there is likely to be an evolution rather than a revolution. Plus, initial investment in new technology could threaten promised cost reductions.

“The industry is currently relying on infrastructure that we know – it is not perfect, but it is resilient,” says Campenon. “With the blockchain and digital custody, we will need to invest in the infrastructure with early volumes that will be small. The initial cost to investors will therefore be higher than for traditional shares until volumes will ramp up.”

In the meantime, asset service providers may have to spend some time managing investors’ expectations and explaining the importance of regulatory certainty. That way, the thinking goes, they are not seen as the stubborn incumbents looking to hold back the game-changing potential of digital assets.