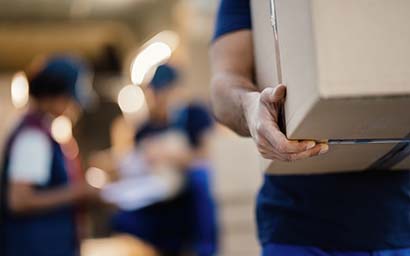 “It’s not really a story, is it?” says someone we spoke to for this article. And then laughs.

In a sense, this is true. In Luxembourg, where the holdings of direct loans in Ucits funds has been banned and asset managers have until December to sell them, the level of exposure to these assets is low, Morningstar figures show.

Luxembourg’s financial regulator, the CSSF, firmed up its opinion on whether direct loans were eligible assets for Ucits funds in August. Previously, rules were more open to interpretation. Fund management companies in Luxembourg that hold private loans, such as bank loans, must disinvest from these positions by December 31 and update their prospectuses by the end of next March.

Ireland, the other major centre for cross-border Ucits funds, has not issued the same rule. But it’s worth pointing out that should that happen, the level of exposure in Ireland-domiciled Ucits funds is significantly higher than in Luxembourg.

Figures from Morningstar show that the Luxembourg-domiciled Pictet-US High Yield I USD fund had a 5.2% exposure to bank loans (at April 30). It was the Luxembourg fund with the highest exposure at that point.

This compares with a Principal Global Investors high yield fund domiciled in Ireland that had a 10.3% exposure to bank loans at the end of March (see tables above). 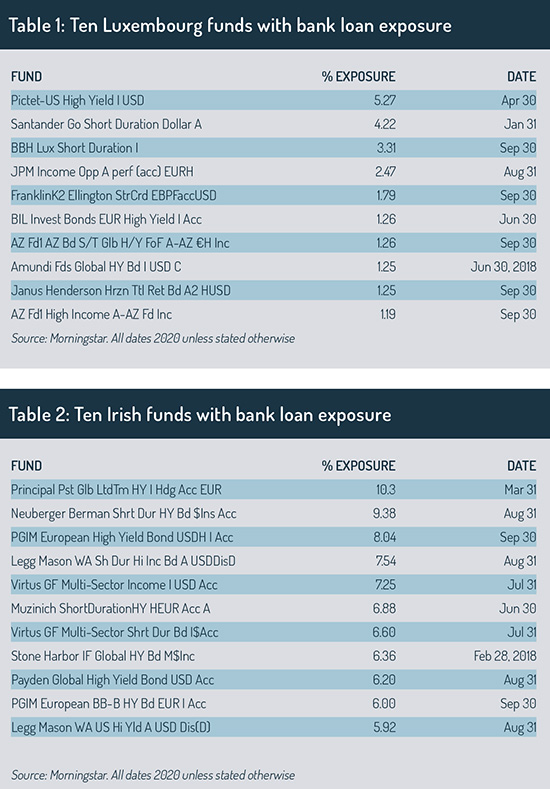 In a frequently-asked-questions document, the CSSF says that loans are not eligible for Ucits because they are not money market instruments or transferable securities within the meaning of the relevant laws.

“In general, where these loans were used, they were a small pocket of diversification,” says Mara Dobrescu, a fund manager research director for fixed income strategies at Morningstar France. She adds that the 10% cap, a rule that limits Ucits funds’ holdings of certain complex assets, is what permitted exposure to loans.

According to Dobrescu, portfolios that used direct loans would probably replace them with high yield bonds.

Liquidity concerns
Loans are – or were – in Ucits bond portfolios to provide not only diversification, but extra yield. That extra yield comes at the expense of liquidity and right now, liquidity is a key focus for regulators bothered about the smooth functioning of markets through turbulent times. Brexit and Covid-19 are at the forefront of regulators’ minds, with property fund suspensions and the collapse of fund manager Neil Woodford’s fund – both with issues of liquidity – somewhere in the background.

The Central Bank of Ireland (CBI), which regulates funds, wrote to fund management companies in August last year reminding them of the importance of ongoing and effective liquidity management. The letter, dated August 7 and signed by Patricia Dunne, head of the division for securities and markets supervision, was framed in the context of Brexit.

“Not many funds in Luxembourg have meaningful loan exposure,” notes Morningstar’s Dobrescu, “but I find more loan exposure in funds domiciled in Ireland.”

The CBI’s letter contained no suggestion of a ban on loans. But could Ireland move down this route? In a statement to Funds Europe, the central bank said it was reviewing the contents of the FAQ published on August 7 by the CSSF regarding loans.

It added: “In considering the eligibility of any financial instrument for investment by Ucits, the Central Bank will have regard to Commission directive 2007/16/EC which requires, inter alia, that the liquidity of the financial instrument does not compromise the ability of the Ucits to meet redemption requests, that their risks are adequately captured by the risk management process of the Ucits and that appropriate information and reliable valuation and pricing is available.” 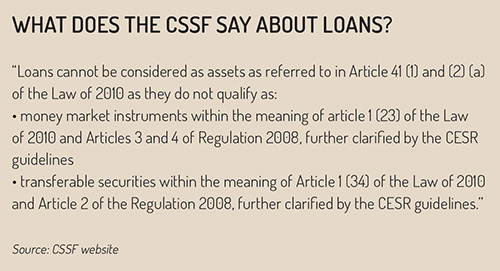 The CBI also pointed out that on October 9, it published a Ucits Q&A providing guidance on the enhanced monitoring and assessment of certain assets’ eligibility and appropriateness, including a “rigorous assessment of the liquidity profile of a proposed portfolio of assets”.

In the meantime, fund managers with direct loans in their Luxembourg funds have been selling them to meet the CSSF’s December deadline.

The fund manager Loomis Sayles, for example, told Funds Europe: “This regulation did impact three of our funds. While the allocation to private loans was minimal, the portfolio teams sold all of their positions and reallocated the proceeds to other asset classes within their portfolio. There are currently no private loan holdings or plans to hold loans in the future in these vehicles.”