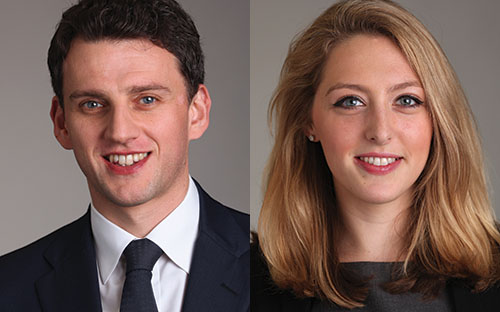 In the context of Brexit, asset managers may consider equivalence as an option for accessing EU markets without obtaining separate authorisations in the absence of a financial services passport, particularly in relation to the management or marketing of funds, or other investment activities.

The EU set out more clearly its position on equivalence in a communication in July. There has also been a series of repeals of equivalence decisions in recent months (five repeals under the CRA Regulation and the lapse of the temporary Swiss equivalence under MiFIR). As the recent revocations indicate, if the UK achieves ‘equivalence’ for one or more regimes, there is no guarantee that this will be a permanent solution.

Equivalence involves the “positive assessment of the third-country framework which enable reliance on third-country rules and the work of the third-country supervisor”. If granted, it can reduce overlaps in compliance requirements by third-country firms and can simplify the provision of cross-border services and products. Equivalence can be partial, or time-limited, and once granted there will be ongoing monitoring and review by the EU, and the EU has the unilateral ability to revoke its decision.

Equivalence is not widely relied on by asset managers for their key activities. The AIFMD third-country passport has yet to be activated, and the Ucits Directive does not have any third-country regime based on equivalence. Only some limited equivalence determinations have been granted under MiFID II/MiFIR. Ultimately it cannot be a comprehensive solution for asset managers (not least as it does not extend to retail markets).

A finding of equivalence could make it simpler for UK AIFMs to manage EU AIFs post-Brexit using the third-country passport provisions (if activated). In the context of Brexit, however, the existing delegation provisions in AIFMD (and the connected MoU entered into between the FCA and national regulators earlier in 2019), will likely remain the preferred short-term solution to allow UK firms to continue to undertake delegated portfolio management activities. These AIFMD provisions are in place.

It is possible for non-EU AIFMs to market AIFs under national private placement regimes (NPPR) in certain jurisdictions. Equivalence may eventually provide a more complete solution, as it would be possible to market more extensively in the EU, rather than rely on a patchwork of local regimes.

An equivalence determination would likely be more helpful for UK entities seeking to provide cross-border MiFID services without obtaining local authorisation. While certain jurisdictions have local regimes which may allow non-EU firms to carry on some activities without local authorisation, equivalence would have the greatest significance for enabling the performance of MiFID activities throughout the EU.

In the Brexit context, the EU has so far only issued two time-limited equivalence decisions concerning UK central counterparties and central securities depositories (which will apply on a no-deal Brexit). Longer term, it is unclear whether equivalence will be extended to the UK under legislation most relevant to asset managers. Firms should continue to work on the basis that there will be no equivalence immediately post-Brexit. Fortunately, it should be possible to continue most asset managers’ core activities even without an equivalence regime.