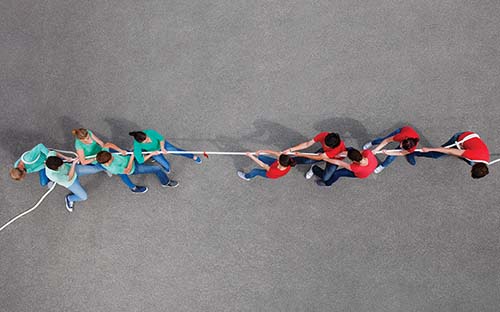 Private debt is a very popular asset class, but the sector has never faced a market downturn. Nicholas Pratt explores the operational challenges that could occur when it does.

In 2019, the private debt fund market has seen its first slowdown in fundraising after several years of stellar growth. According to a report from research firm Preqin, private debt fundraising in the third quarter “continued at the lacklustre levels that have characterised 2019 so far”.

Yet fundraising levels remain historically high – and although returns from private debt funds have slowed this year, they still outperform other alternative asset classes such as natural resources and real estate. Preqin said the asset class is “proving its ability to provide a sustainable and reliable income stream to investors, and therefore protection on the downside”. Assets under management in private debt were $751 billion (€677 billion) globally at December 2018 – down from $769 billion six months earlier. However, flows into direct lending funds had increased.

The resilience of the asset class has yet to be seriously tested but with markets in the late stage of the global economic cycle, this could provide a chance. Fund managers across private capital “are bracing themselves for more uncertainty, especially those in the private debt space, an asset class that has not yet faced an economic downturn”, said Preqin.

To add to these challenges, private debt is now almost too popular for its own good. Preqin’s Tom Carr, who is head of private debt, says increased competition between funds, combined with the drop in fundraising, means there are more funds chasing a smaller level of capital. This is a particular issue for newer private debt funds, says Carr. “Track record is very important for allocating investors, but there are not many managers with that track record or that have managed these funds through a full market cycle.”

With private debt investors possibly facing the challenge of an imminent recession, two schools of thought have developed, he adds.

One is that direct lending funds – which remain the most popular fund type, accounting for 35% of capital – are good instruments in which to invest. “The structure has a good reputation, they are geographically diverse, and the funds are protected by equity,” says Carr.

Flows into direct lending funds were $60 billion in the 12 months to the end of 2018, and total assets in the category accounted for $263 billion, or 35% of the private debt total.

But private debt is not primarily about income and more about downside protection, so some investors are looking at more diverse areas of the market.

“Distressed debt strategies could be one opportunity for more capital-raising, but all that capital is still waiting to be deployed. There is also more interest in non-sponsored deals but the issue is how you source those relationships and manage the due diligence. But this is one area where some of the new entrants could have some attraction,” Carr says.

There is now more interest in specialty financing, he notes. Peer-to-peer loans – where loans are smaller but diversity is greater – make up a growing area. However, issues over scalability exist.

Litigation financing is another area to watch. It is not cashflow-based but more about the performance of the asset, says Carr.

Odi Lahav, chief operations officer at consultancy MJ Hudson and head of investment advisory, says private debt is “still a hot market”. Its growth results from the financial crisis, where the increased scrutiny on banks has caused a capital-supply problem and a need for other debt providers, he adds.

Regulation has been an additional driver, says Lahav. For example, recent changes to Solvency II have allowed insurance companies to invest in private debt funds and the capital charge involved is considerably lower than for other asset classes, such as equities and fixed income. Other potential regulatory drivers in the future, which could materially impact the private debt sector in Europe, are changes to bankruptcy and foreclosure laws, he adds.

While the US and UK have had quite robust laws in this area, the same could not be said for parts of Europe, such as Italy and Spain. “The changes will make it easier for investors to get their capital back in the event of a default and create a more friendly environment for lenders,” says Lahav.

These legal changes will become much more important if there is a recession or if default rates rise. “We are late in the cycle and the markets are concerned about this, as we have seen by investor behaviour, pursuing more senior debt and moving away from mezzanine finance.”

What are the operational challenges?
Pricing and valuation represent administrative and operational challenges for private debt funds, as is often the case with alternative and illiquid assets. Lahav says: “For the most part, you can model debt funds and individual positions on a case-by-case basis, but when something goes wrong or there is an impairment, it creates challenges. Aside from that, warrants and options are sometimes built into some of these debt strategies and that can be difficult to value accurately.”

Another issue for private debt fund investors in the event of a problem, if they are not in a control position and are part of a syndicate of investors, is that they will have to corral the other lenders in that group to ensure they are able to assume control or coordinate some form of legal action.

This may be challenging, as not all investors are going to be aligned. “These are the kind of skills that will be required in the event of a downturn,” says Lahav. “And this is a key capability that we would look for from fund managers this late in the cycle.”

As the private debt market has grown and matured, it has also developed an infrastructure of service providers, from lawyers to fund administrators. If we were to enter into a downward cycle, there may well be opportunities for these service providers.

“I think there is an opportunity for strong credit teams in law firms, for example, with experience of distressed credit. There are also specialist credit analysts and valuation agents that should get a lot of work in the event of a downturn, not least because we’ve seen so much growth so quickly.”

One of the specialist fund administrators in the private debt funds market is Luxembourg-based Intertrust. In a portfolio context, private debt funds enable investors to diversify their portfolio with a low price of credit risk in the current benign macro environment, says Anja Grenner, head of funds at the firm. However, there are some market factors that investors should be aware of, such as the global interest rate environment, politics and risks in individual economies.

In addition, investors should bear in mind that borrowing costs are at their lowest since 1975, according to the IMF, which has fuelled the demand for interest-bearing securities. But with the loosening of covenant positions, protection for lenders is reduced, says Grenner.

The regulatory environment varies across Europe in relation to private debt funds, she adds. For example, funds in Luxembourg may issue debt instruments, but this is not the case in other countries. Similarly, some European domiciles are looking to bring in new rules for the as-yet-unregulated peer-to-peer lending market in an effort to bridge the gap in regulatory requirements for bank and non-bank lenders, respectively.

For Luxembourg-based funds, the risk management procedure must be sent to the regulator – the Commission de Surveillance du Secteur Financier (CSSF) – yearly, detailing each strategy and particular arrangements for illiquid strategies, such as private debt, necessary to comply with the new 2018 CSSF circular, says Grenner.

“Credit risk metrics such as leverage levels continue to stretch as a result of an increasing number of sponsored lending transactions. Reporting-wise, challenges are higher depending on the type of investor, such as pension funds requiring Solvency II reporting,” she says.

Controlling interest
As institutional investor interest in the asset class rises, it remains to be seen whether the burden of greater credit risk capability, due diligence and technology will require them to look to third-party fund administrators for some additional service provision.

“In the private equity market, fund managers take a controlling role and with direct lending funds, they also get more involved in decisions, understanding the business and maintaining underwriting discipline,” says Preqin’s Carr.

“Some of the larger private debt fund managers have the expertise in-house, while some of the mid-range managers rely on third-party service providers. It will be interesting to see if this changes should default levels rise,” he adds.