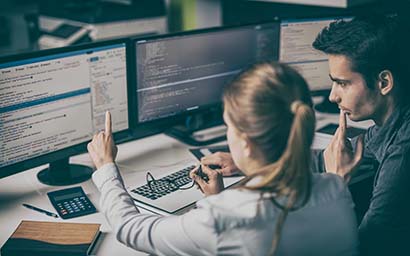 Securities research from sources other than brokers should be thriving under MiFID II, but as Nicholas Pratt finds, the independents may be the regulation’s accidental victims.

A central plank of MiFID II was to reform the murky way stock and bond investment research was paid for by fund managers to brokers. The unbundling of research fees from brokers’ dealing commissions created an opportunity for independent research providers.

MiFID II – the updated Markets in Financial Instruments Directive - would help to promote the value of independently sourced, high-quality research that was transparently paid for, but due to some unintended consequences, independents may instead end up being victims of change.

The biggest change is that the amount of money spent on research has dropped significantly. According to Greenwich Associates, research budgets are down by 14% so far in 2018, but at the biggest investment managers, fees are down by 31%.

This is not altogether surprising, says Richard Johnson, vice president, market structure and technology at the firm, because a premise of MiFID II was that asset managers were paying too much in the first place.

Asset managers have decided to invest in their own proprietary research. Nine out of ten institutional investors are using proprietary internal research as their primary source according to Greenwich – a 24% net increase. Johnson believes this is related to the fact that so many asset managers have decided to pay for research out of their own P&L rather than charge it to funds.

To make matters worse for independents, many of them are being priced out of any remaining spend on third-party research due to the continuing cross-subsidisation of sell-side research practiced by some investment banks.

This has made it difficult for independents to compete. Ironically, independent research was traditionally seen as a low-cost option in pre-MiFID II days, but is now seen as more expensive when investment banks are offering research at a fifth of the price and as part of a fuller service, says Kelly.

The UK’s Financial Conduct Authority (FCA) is currently conducting a review into whether such ‘low-ball pricing’ is widespread and risks creating an inducement. “It will be interesting to see the results of this review,” says Kelly.

A second concern for independent providers, he says, are trial periods, which in the past could be abused by some managers who either endlessly extended trial periods or did not engage properly with the trialled research providers, effectively wasting both parties’ time.

Now trial periods are limited to three months and while this has been welcomed by some of the larger independents, such as Redburn Partners, it is a concern for smaller and more specialised providers that may find their research is not used in the short window.

Furthermore, fund managers also have to show an audit trail for these trial periods and this has led some to effectively rule out any engagement with research providers they have not already struck agreements with for fear of running the risk of inducement. This is especially concerning for Kelly. “We don’t feel that these rules are applicable for IRPs [independent research providers] because there is no risk of inducement.”

IRPs always presumed that there would be a transition period while MiFID II worked its way through the market, he adds. “They assumed that it would be challenging but then it would settle down and produce a level playing field. We still think that, but it depends on how long that transition period lasts.”

In the meantime, Kelly hopes that there will be continued pressure from the regulators to ensure that the price of research reflects the cost of its production and that there is more clarity on the issue of trialling.

Not all managers’ research budgets have gone down. Baillie Gifford was one of the first UK asset managers to decide to pay for research out of its own P&L and to stop paying for – or at least drastically reduce – its use of sell-side research. But says, James Budden, director of retail marketing and distribution at Baillie Gifford , the firm’s overall research budget has gone up.

However, Baillie Gifford has not especially increased its use of independents and continues to use them on an ad hoc basis rather than via long-term arrangements. Nor has it employed more in-house analysts, preferring to buy research from third parties and to focus its efforts on finding sources that are different from those used by other managers.

“The previous regime could be seen as rather lazy. They would read the reports from the same handful of experts from the large banks,” says Budden.

Instead Baillie Gifford has sought sources outside the corporate world and employs authors, economists, technology experts and academics rather than bulge bracket bank analysts.

This includes links with Edinburgh and Aberdeen universities to sponsor research into artificial intelligence, genetics and healthcare, as well as consultancy agreements with individual academics.

Budden believes that MiFID II will hopefully lead to greater use of more diverse research sources. “I think it has to, otherwise everyone will be reading from the same hymn sheet and there will be mass herding. Instead, managers have to be more circumspect, to find an edge and work out what research is well-written and valuable.”

Neither are all independents specialist boutiques. Redburn Partners has a staff of 190 including 60 analysts and 30 salespeople. Redburn partner and head of research Robert Miller agrees with many of the complaints made by independents, not least the continuing cross-subsidisation by investment banks and the focus on maintaining the relationship with asset managers and investors rather than producing quality research.

Brain drain
One consequence of this strategy is that a number of major analysts have been let go by sell-side firms and some firms have seen the number of senior analysts they employ fall by more than 10%. This could lead to more analysts being employed on the buy-side, either at large independents like Redburn, or at large asset managers, or setting up on their own. But given the unfavourable economics for start-ups in today’s research market, the industry faces the prospect of losing these analysts altogether, says Miller. “That should be a concern for investors.”

He also recognises that some smaller independents may even struggle to survive. Miller says that he would welcome a healthy independent sector and has some sympathy with the problems facing some of the smaller providers. “But I have always thought that good, high-quality research will always be noticed,” he says. “It is harder for research providers to be heard, but asset managers and investors have a way of finding the most insightful research.”

A number of ventures emerged in the past three years to help independents get heard. Start-ups like Electronic Research Interchange (Eric), RSRCHXchange and Smartkarma are all designed to provide a marketplace for smaller independents to have their work more easily distributed and monetised. Arzish Baaquie, head of UK for Smartkarma, says. “MiFID II has shone a spotlight on a market that was structurally inefficient in the way research is valued and distributed.”

But it has not led to an increased use of the smaller independent providers. “The way things have turned out, it is benefiting the large providers,” says Chris Turnbull, co-founder of Eric.

Guidance from regulators on trial periods and more pressure on the use of cross-subsidies would be helpful – but given that MiFID II has achieved its main aim of getting asset managers rather than investors to pay for research, it is unlikely there will be any major changes now.

“There is a lot of pain out there among some IRPs who are struggling to get paid for the work they are producing,” says Turnbull. “I can foresee some consolidation among the smaller IRPs and a search for a new way of doing things. But the larger IRPs will continue to do what they currently do. It is effectively all about supply and demand. Analysts setting up as IRPs are well aware of the risk. If it doesn’t work, you do something else.”