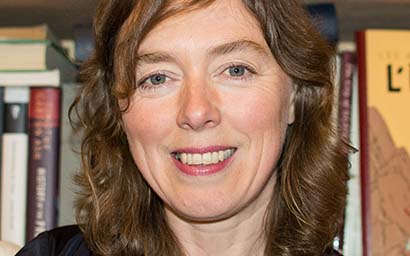 The Kübler Ross curve is usually deployed to illustrate the stages people go through when dealing with a major change such as bereavement or divorce. Most of us are familiar with the sequence it describes: shock and denial; anger; bargaining; depression; acceptance. Recently, Niall Alexander, head of DC solutions at River and Mercantile Solutions, put forward the idea that the curve can also be used to describe the feelings of defined-contribution pension fund trustees around the markets wobbling. This suggests he thinks the markets are about to wobble, and indeed he does. “Over the last year, we’ve been telling our clients that we feel conditions are turning,” he says.

It’s hard to disagree. However many charts economic analysts issue showing that everything is still just about OK because inflation is under control and the US government bond yield curve has stopped flattening, you just kind of feel in your waters that everything isn’t OK. Like old sea dogs smelling a storm, we know there’s trouble ahead. Predictably perhaps, River and Mercantile Solutions’ announcement was met with shock and denial. Excepting some falls in the summer of 2015, clients had got used to an eight-year bull run, Alexander explains, and quarterly meetings spent discussing how much funds had risen.

You could look on future wobbles as a buying opportunity, as Trevor Greetham, head of multi-asset at Royal London Asset Management, does. Its proprietary investor sentiment indicator, which includes measures of stock market volatility, private investor bullishness and a metric showing the degree to which company directors are buying shares in their own companies, is showing its tenth most depressed sentiment reading since 1991.

“The Trump Slump is right up there with some of the most memorable panics in living memory,” Greetham says. But he is staying cheery. “We have been buying stocks on weakness over the last few weeks and now have a moderate overweight position in the multi-asset funds we manage,” he says. “We are very much aware of the short-term risks but with sentiment so depressed and stock market seasonality about to turn positive, it’s time to say the glass is half full, not half empty.”

No doubt this is all true. But the Trump Slump has a special quality to it. And then there is Brexit. Some people finalise their holiday plans further in advance than the UK government is wrapping up its blueprint for the biggest disruption since the Second World War. Shock gave way to anger in the quarterly meetings, Alexander notes, as some trustees fumed over the latest move by Donald Trump and the lack of direction shown by those negotiating Brexit. River and Mercantile has strategies to mitigate investment losses, which should mollify the trustees, but I fear the rest of us may be stuck at anger for some time.

As Fabian Zuleeg, chief executive at the European Policy Centre, tweeted: “In London for a couple of days. Lack of understanding of EU27 position & appreciation of EU’s resolve & unity on Brexit is profound. Many/most still believing that EU will concede & that UK can’t on NI. Increasing my probability estimate of chaotic no deal Brexit to 50%+.” It reminded me of a visit from a German friend’s son. “Thanks for explaining about Brexit,” he enthused politely. “It’s not really a topic in Germany.”

We Britishers are not getting it. The EU27 has finalised its postion and moved on to other issues. Only we can rescue the situation now. Soon it will be too late. Moving from anger to acceptance then is going to be jolly difficult.