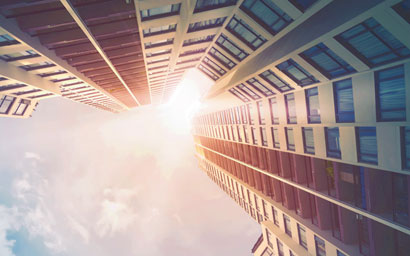 The commercial real estate lending universe in Europe is extensive – comparable in size to the US at around $2 trillion (€1.69 trillion). It is also relatively secure, having had low write-off rates during the global financial crisis.

Although the market has traditionally been dominated by banks’ debt capital, alternative lenders are playing an increasingly important role.  With increased regulation, insurance groups, pension funds and institutional investors in general are taking the opportunity to participate in this vast and relatively high-yielding market.

In the UK, for example, following the financial crises, the commercial real estate lending environment changed significantly. Changes in regulation, such as the introduction of Slotting in 2013 (a process that determines how much capital should be held against current performing loans), have played a major role in the types
of commercial real estate loans traditional lenders in the UK are willing to fund.

The UK banking sector has been facing a number of challenges as a result of increased regulation and supervisory control, which has contributed to limiting both the quantum of lending to real estate but also maximum loan-to-values (LTVs). As the lending focus has narrowed, this has given rise to a new generation of specialist debt funds taking specific lending risks and being rewarded accordingly.

According to data collated by DeMonfort University, from a peak in 2008, lending to UK real estate has been in a state of decline due to increased regulation of the lending markets post-crisis, more risk-averse investors and increased volumes of competitive equity. Chart 1 demonstrates that banks operating in the UK have consistently reduced their exposure to commercial real estate since 2009.  As a result, the commercial real estate lending market in the UK has become more diverse, with insurance companies and other non-bank lenders becoming a growing source of debt.  Since 2012, other non-bank lenders (primarily specialist debt funds) have grown from essentially zero to circa £13.1 billion in 2016, representing an estimated 8% of the lending market.

Maximum LTV ratios for senior debt in the UK and other core Western European markets have come down significantly from peak 2007 levels. The prevalence of lower leverage senior debt and a large funding gap was one of the key reasons for the emergence of the previous generation of debt funds – to be able to satisfy the demand for higher leverage up to circa 70%-80%. With increased regulation and risk aversion following the financial crisis, traditional lenders (essentially banks) have been held back and their key focus has been towards senior lending backed by core or prime property.

As a result, LTV for prime UK offices for loans issued by UK lenders have broadly stabilised in the 55%-65% range – well below the 80%-plus levels observed over the period 2000-07. Other asset classes and non-prime senior LTV are even lower. The industry is evolving into one in which:

Impact of Basel IV
European banks have been tackling wafer-thin margins for some time, notably due to negative interest rates. They also have to face potentially increased regulatory pressures from the Basel Committee on Banking Supervision (BCBS). With Basel IV – the successor of Basel III, a new market risk framework for banks called the ‘Fundamental Review of the Trading Book’ on the horizon, we expect the recent market environment in the UK to manifest itself increasingly more in Continental Europe.

Looking ahead, we expect these proposals to drive capital requirements for banks operating in the EU yet higher. As a result, this will increasingly lead to banks either following very low-risk strategies or to focus their limited capital on higher-risk but higher-reward activities such as trading.

Our understanding of the upcoming Basel IV recommendations is that lower-risk loans (i.e. LTVs lower than 60% and the loan repayment is not dependent on cash generated by the asset) would see the risk weighting drop from the current 100% to as low as 60%.

However, for higher-risk loans (i.e. the loan repayment is dependent on cash generated by the asset), the risk weight would depend on the LTV: 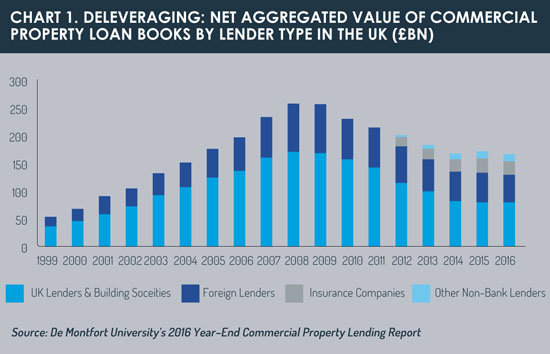 Finally, it is being proposed that for land acquisition, development and construction the capital requirements should increase to 150%.  As a result, it is likely that other European markets may evolve in a similar way to the UK.

More specifically, we believe that if these regulatory proposals were to be enacted, this will result in a fall in the availability of debt for transitional assets and developments across the region, which will create a greater opportunity for specialist debt funds to fill the gap as they have in the UK.

Taken together, the impact of Basel IV and the impending exit of the UK from the European Union mean that the commercial real estate lending landscape will undergo significant changes, meaning alternative lenders will have to step up and play an important role in supporting the market.