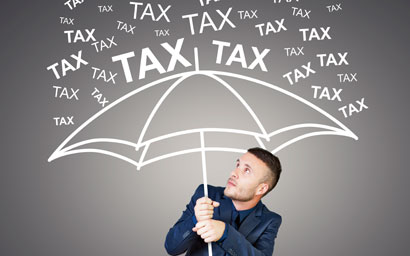 The public is angry with tax dodgers. governments worldwide are responding with a clampdown on base erosion and profit shifting, or ‘BEPS’, Unfortunately, the alternative funds industry is in the line of fire.

When European institutional investors began investing in alternative asset classes in the mid-2000s, they could not have foreseen the furore that would break out around them ten years later over tax collection.

The worst financial crisis since the Great Depression has taken place, bringing austerity and a growing sense of resentment against any person or corporation that might not be paying their fair share of tax. The problem for pension funds is that alternative investment vehicles and some of the jurisdictions that host them are within the sights of tax enforcers.

No enforcer is more powerful than the combined OECD/ G20, now spearheading a global clampdown on tax avoidance through their programme to combat ‘base erosion and profit shifting’, widely known as BEPS. For tax professionals, there has never been an international tax overhaul so large or so far-reaching, notes Bart van der Gulik, a partner at business consultancy PwC.

In a recent Funds Europe BEPS webinar, held in partnership with fund administrator SGG Group, he discussed with Justin Partington, group fund solutions leader at SGG, and Laura Charkin, partner at law firm Goodwin, the extent to which funds and their underlying investors are caught by the changes.

Charkin agrees. Collective investment vehicles, or ‘CIVs’ in BEPS terminology, like traditional mutual funds, have a specific deal that means they should still be able to access tax treaty benefits. Funds are, after all, not designed to avoid tax but to flow gains to investors who then pay any applicable taxes. Yet in the BEPS world, non-CIVs, which capture the alternative investment sector, do not gain any deal to access treaty benefits.

Treaty shopping
The BEPS project got underway in 2013 with 15 action points revolving around three central principles: transparency, coherence, and substance. By the end of 2015, more than 100 countries had committed to BEPS minimum standards, including what actions would be taken to prevent “treaty shopping” – the abuse of tax treaties – by corporations.

BEPS went into implementation mode in 2015. Countries have taken different approaches, with some jurisdictions acting unilaterally. An example is the UK’s diverted profits tax, or ‘Google tax’, designed to counter multinationals that seek to divert profits from one country to another, less highly taxed one.

Meanwhile, the EU has introduced the Anti-Tax Avoidance Package, consisting of two directives designed to prevent aggressive tax planning, boost tax transparency and create a level playing field for businesses. A third way in which countries are implementing BEPS principles is with the ‘multi-lateral instrument’ (MLI). More than 70 have committed to this method.

Key watchwords within this quagmire of technical approaches are concepts such as ‘permanent establishment’, which refers to a fixed place of business that usually gives rise to a tax liability. The principle of permanent establishment has been widened – so much so that PwC’s Van der Gulik says it could catch fund managers who travel the globe and negotiate deals in different countries.

Of significance in the EU’s package is the ‘interest-deduction limitation rule’, which comes into force in January 2019. Its inherent ‘30% Ebitda rule’, which limits the level of interest that is tax-deductible, could affect the returns of investment funds, particularly highly leveraged ones, notes Partington.

As for the multi-lateral instrument, the most important elements are the treaty abuse actions that contain the ‘principal purpose test’ – a test Van der Gulik calls fairly subjective in determining whether one of a business arrangement’s principal purposes is to obtain treaty benefits (which may then be denied).

Most countries have adopted this approach rather than the ‘limitation on benefits’, another treaty-shopping MLI countermeasure whereby tax authorities scrutinise firms to see they are not passing income through shell companies in states with low tax rates.

Van der Gulik tells viewers: “Your investment structures are likely going to be hit by the principal purposes test and/or the limitation of benefits rule in the multi-lateral instrument. Your way of doing business may well be impacted by the widened PE [permanent establishment] rules and returns on investment are likely to be hit by the 30% Ebitda rule in your portfolio companies.”

Managing the impact
The panel discusses how fund providers could manage the impact of BEPS on themselves and their underlying investors. SGG’s Partington mentions the principal purposes test – the need to prove an entity is not there to gain tax advantages. Doing so is difficult. Within a typical private equity and real estate enterprise, there will be some element of tax efficiency for general and limited partners. So the key point is substance, he says. Asset managers could display substance by conducting treasury, cash and fund management at the local level and having the majority of the board in the same location as the fund.

There are few obvious answers for the 30% Ebitda rule, but Partington notes that a grandfathering provision in the EU Anti-Tax Avoidance Package covers loans up to June 2016 (though not all EU countries will implement this). He advises fund firms to be cognisant of this before changing loan terms.

In discussing fund restructuring, the webinar panel considers how the differing tax statuses of investors could be useful. Some individual investors will be tax-exempt, others will not be.

“The key, then, is how to manage that and an answer is potentially to split investors into different [feeder funds] based on tax status – for example, pensions into one feeder and high-net-worths into another,” says Partington.

Similarly, Charkin, of law firm Goodwin, says BEPS would probably cause more demand for corralling different types of investors into distinct fund vehicles for tax purposes. She foresees a problem, however. What happens when a tax-exempt investor wishes to sell a fund holding to a non-exempt investor in the secondary market? Partington says answers to questions like this are only now starting to emerge and suggests fund providers conduct a BEPS scan through their advisers

One area of documentation is already changing, though. “In the investor negotiation process, there is a marked shift away from fund managers agreeing with investors to structure deals to minimise withholding taxes and avoid tax,” says Charkin. “In a world where there is a principal purpose test running, it’s not very helpful to have it explicitly stated in your fund documentation that you are required to avoid tax wherever possible!”

You can listen to ‘BEPS: What does it mean for fund managers?’ on Funds Europe's webinar channel.