We profile the most interesting fund launches in recent weeks and examine the performance of one product a year after it hit the market. 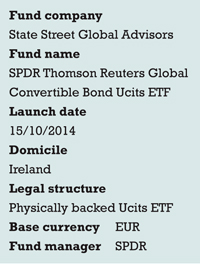 A CONVERTIBLE FIRST
Convertible bonds are, to the investment world, a bit like the duck-billed platypus – the creature that bridges the gap between reptile and mammal. They are securities that act like a conventional bond but include an option to turn themselves into an equity, should the holder desire. As such, they behave differently to conventional bonds or to equities, and in some cases they can outperform.

State Street claims it is the first to launch an exchange-traded fund (ETF) that tracks the performance of a global index of convertible bonds, the Thomson Reuters Qualified Global Convertible Index, which includes bonds issued in multiple currencies from around the world. 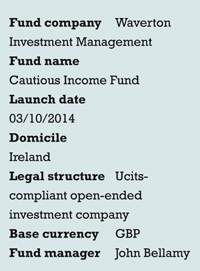 CAUTION IS A VIRTUE
The Cautious Income Fund from Waverton Investment Management, to quote an over-quoted British TV commercial, “does exactly what it says on the tin”. It provides a relatively modest, steady return without taking much risk. A multi-asset fund seeking a return of 3.4% a year, the product is aimed at retirees and other income-seeking investors such as personal injury claimants, says the firm.

Managed by John Bellamy, the fund will invest in between 20 and 30 holdings with the flexibility to move between asset classes and investment approaches.

“The launch of the Cautious Income Fund is partly in response to recent changes in pension legislation [in the UK],” says Bellamy. 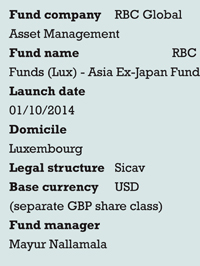 NEW HONG KONG TEAM
Mayur Nallamala, head of Asian equities for RBC Global Asset Management, began his role last year after joining the company from JP Morgan Asset Management. Based in Hong Kong, he and his team are at the forefront of RBC GAM’s efforts to build its Asian expertise. The team has a new fund to manage in the form of the RBC Funds (Lux) – Asia Ex-Japan Fund, which will invest in companies based in or that are doing a significant amount of business in the fast-growing Asian economies.

Domiciled in Luxembourg, it is the 13th Ucits fund from RBC GAM, which is the asset management division of the Royal Bank of Canada. The firm says Nallamala oversees $1.8 billion (€1.4 billion) in assets at RBC GAM, having managed $4 billion in his last job. 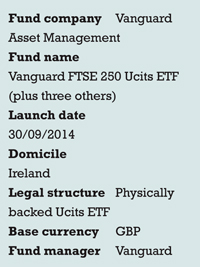 SQUEEZING PRICES
Vanguard Asset Management is keeping up the pressure in its campaign to offer the lowest priced passive funds in the business with four new Ireland-domiciled exchange-traded funds, which have fees of between 0.10% and 0.18%.

The US-based firm, which was founded in 1975 by index fund pioneer John Bogle, says it now has more than $10 billion (€7.9 billion) in European ETF assets under management. Overall, the firm manages over $3 trillion. 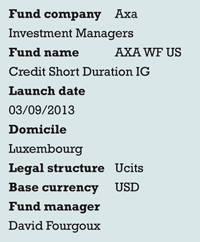 ONE YEAR ON
As the prospect of rising interest rates continues to unsettle fixed income investors, many fund managers have advised clients to shorten the duration of bond portfolios to reduce their sensitivity to a rate hike.

The Axa WF US Credit Short Duration IG was launched last year to invest in US investment grade bonds with an average duration of two years, giving investors exposure to US economic growth while offering protection against rate volatility.

After its first twelve months, the fund had $54 million under management, an increase of 80% compared with its capital at launch, and had returned 2.7% net of fees.