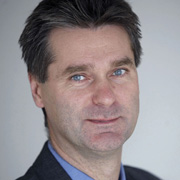 While the large defined benefit AP funds struggle with regulatory constraints, AP7 faced a different sort of challenge and is now coming out the other end, triumphant.

The fund went through extensive restructuring over the past year. It is now settling into its framework and, hopefully, no cracks will appear.

Last year the Swedish government issued AP7 with a new directive, demanding the fund deliver a life cycle product. To its credit, the fund restructured its offering and moved its members into the appropriate new products.

However, as one can imagine, this exercise was not without its challenges.

Richard Gröttheim, AP7 chief executive officer, explains why the government chose last year to issue this mandate. “For the first ten years, AP7 offered a one-size-fits-all solution. That was OK at the time because the fund was still very young and there weren’t many members close to retirement. Now, as the system matures and we have older members, it makes sense to have a life cycle option.” he says.

AP7 is the default manager of the premium pensions system. Its pension assets come from investors who have not actively selected a pension fund manager or who want a government-managed long-term pension savings plan.

More than four out of ten premium pension savers currently have their funds invested with AP7 as the default government manager. And reshuffling those pension arrangements was no mean feat.

Gröttheim says: “The project of moving members from the old structure to the new life cycle structure was very challenging.”

The new option offers members a portfolio made up of a balance of AP7’s global equities fund and the Swedish bond fund, depending on their age.

The default option for AP7 members, called Såfa, now consists of two new funds. One is a global equity fund and is adequate for members who are aged 55 or younger.

Older than 55, members will be transferred into the second fund, which invests solely in bonds. Money will gradually be transferred from equity to fixed income at a rate of 3% per year until the member reaches the age of 75.

Another exercise the fund undertook was for alpha-beta separation, which was all the rage in the Nordics.

Gröttheim says: “The alpha-beta separation was implemented a year ago and we left the long-only space entirely in January 2010. We now have the beta engine where we have the physical exposure to markets.”

Northern Trust, State Street and Handelsbanken in Sweden are the fund’s beta managers on a global basis. “In addition to that we have the alpha centres, which are non-funded. This means we tie a risk budget to each centre and they should then receive their financing through shorting, which will allow them to go long on the stocks they think will outperform,” he says.

The fund has one alpha centre in Europe, taken care of by UBS, and two managers in Japan – Nomura and Amundi. Nomura’s Singapore team also manages AP7’s Asia - Pacific exposure.

Lastly, another alpha centre for foreign exchange was set up and is managed by a Swedish currency overlay manager IPM.

Hunting
The beta exposure is done passively through Northern Trust, State Street and Handelsbanken in Sweden on a global basis, with global mandates. Asked whether these have been reviewed, Gröttheim answers: “We haven’t changed anything recently. We concluded our three-year review last year and all the managers are still up and running.”

An interesting observation is that the last time Funds Europe spoke to Gröttheim, he was chief investment officer of the alpha portion of the fund. He was made CEO of the entire fund in December last year.

The fund is also on the hunt for a new senior chief strategist, who would be responsible for both strategic and tactical portfolio management.

Like his colleagues at the defined benefit AP funds, Gröttheim is under a certain amount of cost pressure. But as the fund grows this may get a bit easier.

“We try to be as cost-efficient as possible – we only have 17 people employed, so that is something we cannot diminish any further,” he says. “We always try to renegotiate the fees we pay our fund managers and being the default option within the PPM, we will have more bargaining power as our asset base grows.”

In the fund’s most recent annual report, Gröttheim says that AP7 aims to cut fees even more. He says that today the fund already has some of the lowest fees in the Swedish PPM system, but over the next few years, the goal is to lower these management fees even further.