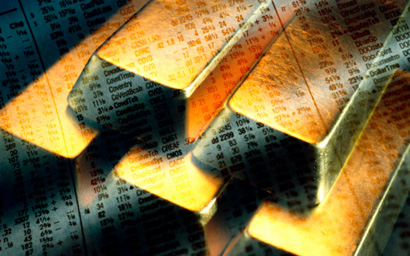 Assets invested in gold exchanged-traded funds (ETFs) listed globally fell by 3% in dollar terms between August and July in a continuation of outflows.

The downward pressure emanated from North America, where funds fell by $1.65 billion and where futures data has suggested “extreme short positioning”, according to the World Gold Council (WGC).

In a report, the WGC said: “Money managers’ net longs have not been this negative since data became available in 2006, and non-commercial non-reporting net longs turned negative earlier this month for the first time since 2001.”

The council pointed to more demand for risk assets among North American investors and a surging US economy.

However, the council was keen to stoke anticipation of a gold rally, saying that such negative positioning has historically preceded rallies in the gold price.

The loss in assets under management in US-domiciled gold ETFs equated to 44 tonnes. Meanwhile, European holdings increased by 4 tonnes and Asia-listed funds increased by 2 tonnes.