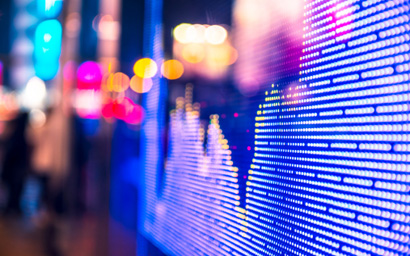 Throughout the coronavirus crisis, Funds Europe presents some of the best market commentary from fund professionals. Today, Pimco portfolio managers Nicola Mai (who is also head of sovereign credit research in Europe), Konstantin Veit and Peder Beck-Friis, talk about the possibility of a quick rebound.

The conditions for a relatively quick and robust rebound rest on the success in containing the virus within a reasonable horizon, and a well-calibrated economic policy response.

Over the past few weeks, European countries have stepped up virus containment measures aggressively, with most of the region now in lockdown. Gauging the exact economic impact of these measures is hard, but it is almost a certainty by now that Europe will experience a very deep recession, with falls in gross domestic product (GDP) in the double-digits, in annualized terms, during the first half of the year.

What we’ve read about the coronavirus impact on markets: ‘long-term view’

While the near-term GDP decline will most likely exceed the hit experienced during the 2007-2008 financial crisis, the difference this time is that the recession is not driven by fundamental imbalances, but by disruptions in activity caused by self-imposed virus containment measures. This means that, as deep as it may be, the recession does not need to be long and could be followed by a sharp rebound, in what could look like a V- or a U-shaped recovery.

While this is our base case, it is not a given. The conditions for a relatively quick and robust rebound rest on 1) the success in containing the virus within a reasonable horizon, and 2) a well calibrated economic policy response which avoids a prolonged economic and financial fallout from what will be a sudden stop for the European economy.

What we’ve read about the coronavirus impact on markets: ‘Fed firepower’

Containment of the virus rests on governments’ determination to stop the spreading of infections and on people’s willingness to comply with the guidance given. China appears to have managed to control the virus within weeks. In Italy, the European country where the virus first started to spread rapidly, there are some encouraging signs from the slowdown in the daily growth rate of Covid-19 cases in response to draconian government policies, although these signs remain tentative so far. Other countries, arguably, are further behind in the process, although the more aggressive containment efforts implemented recently should start to yield some results in the coming weeks.

Regarding economic policy, efforts have been stepped up meaningfully. The European Central Bank (ECB) decided to add at least another €870 billion to its quantitative easing (QE) programme in 2020, launched cheap liquidity operations for banks and eased the regulatory burden for the financial sector. The Bank of England (BoE) has launched a wave of similar easing measures too. Fiscal authorities across the region, meanwhile, have adopted fiscal easing packages worth 1%-4% of GDP, have offered credit guarantees aimed at making liquidity available to solvent companies and households; and introduced measures to protect household incomes at a time of significant disruption.

Mixed reactions as BoE slashes rates in response to coronavirus

Are the measures announced enough?
These packages would have made most people’s eyes pop out in normal times. But in these times are they enough to avert a severe recession? The way we see it, they are a step in the right direction, but probably not enough. More specifically, risks remain that several companies fail, and that many people lose their jobs or significant income. What’s more, sovereign balance sheets are probably not shielded enough (read more below).

Governments across Europe are guaranteeing significant portions of the loans that banks make to companies, but the level of guarantees in some countries still appears low (as low as 33% in some cases), which makes us question whether they will be enough to guarantee companies’ access to finance. Also, some small and medium enterprises (SMEs) simply do not have access to credit lines from banks and would benefit from more direct liquidity intervention by the sovereigns (only partially available across the region). Debt guarantees aside, several companies may also need equity injections by governments, which again have only begun to be offered thus far.

For households, governments’ commitment to pay part of the salary of employees in companies in distress (so that the companies don’t fire them) could also ease the economic fallout, but only France appears to have guaranteed a blanket indemnification thus far. Importantly, measures to help the self-employed are still missing in several countries. Finally, fiscal easing efforts to prop up the economy in many places are meaningful, but more will probably be needed.

Clearly, fiscal measures don’t come free. The depth of the recession and the need to protect households and companies will mean that deficits will significantly increase. Double-digit deficits in several countries are a real possibility. Fiscal balances could then improve as the cycle turns, but there is little doubt that the crisis will leave the region with a higher public debt overhang.

Sovereign balance sheets
And this leads to the last missing part of Europe’s economic response: a clear backstop for sovereign balance sheets. Worsening fiscal balances are an inevitable consequence of the crisis, and countries should have the space and freedom to respond. In this regard, the launch of the ECB’s Pandemic Emergency Purchase Programme (PEPP) last week, which committed to buying €750 billion of public and private sector assets without conditionality, is a welcome step. But, an even more unconditional commitment to support sovereigns (via a sort of ‘European sovereign yield/spread curve control’) might prove of the essence. In that spirit, while ECB asset purchases have stepped up since the PEPP announcement, more activism in the bond-buying programme could be useful, with the central bank forcefully demonstrating that it won’t allow any question marks about its “lender of last resort” role to resurface.

Finally, the ECB could also get even more creative and expand the range of assets it buys, by including for example equities, wholesale loans and banks’ bonds. In the UK, in contrast, fiscal deficits appear to be fully backed by the central bank balance sheet, with the Bank of England having announced easing measures in lockstep with the Treasury – and with the £200 billion of additional QE purchases (9% of GDP), more than offsetting the announced size of fiscal easing.

What we’ve read about the coronavirus impact on markets: ‘Too late to sell’

Another pending issue in Europe’s response is a convincing supranational fiscal effort to stem the crisis. European fiscal rules will be suspended during the crisis, and there is a support commitment equivalent to 0.5-0.7% of the region’s GDP – this amount, however, will be financed by the EU budget and structural funds, among others, meaning that the move is more a re-jigging of existing monies than the allocation of truly new funds.

Euro-wide financing?
Discussions are apparently ongoing regarding the introduction of precautionary European Stability Mechanism (ESM) credit lines for sovereigns and/or of common Eurozone bonds with joint-and-several guarantees from member states. We are not convinced that going for conditional credit lines and ESM programmes would be an effective solution in this environment and see how this could present significant political challenges. Similarly, we think the political appetite for common bonds is limited at this stage. That makes us wary of expecting much of an effective fiscal response at the pan-European level. This need not be a huge issue though, provided that national governments are fully engaged, and that their balance sheets are convincingly anchored by ECB action.

Investment implications
We would caution investors to remain defensive and selective in taking risk in this very uncertain environment. Pre-conditions for a more risk-on stance in portfolios would include 1) evidence that the spread of the virus is being contained, 2) more visibility on the likely economic decline in response to the virus, and 3) a more convincing and complete response by policymakers to help protect against a more protracted economic and financial fallout from the crisis. Our view is that we will get there at some point, and that such situation could bring significant buying opportunities. But, we’re not there yet.

Duration (bunds and gilts), meanwhile, should remain supported in the current exceptionally weak economic environment. In a market environment dominated by technicals, investor flows and position unwinds, on the other hand, duration could prove volatile in the near term.