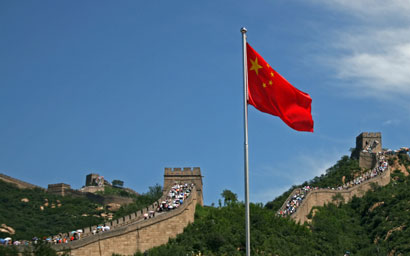 It’s been eight weeks since China had basically shut down and its manufacturing sector is now operating at about 80-85% capacity. The services sector will take longer to recover as China’s services sector is only operating at around 60% with strong recovery in necessity goods and online ecommerce. The transport and financial industries are gradually coming back online over the past two weeks but we’re still seeing quite a bit of slowdown in the retail sector like hospitality, restaurants and recreation which could take another two months before it recovers.

Will it change ways of thinking about the economy?
It will be difficult to change how global economies are structured because most developed nations rely about 80% of their GDP on consumption. The US, Japan, and most European countries will [rely] heavily on consumption and hence why the recent events will have a deepening impact as compared to emerging countries where their GDP are more balanced between investments and consumption.

But developed nations could start to increase their spending on investments again, at least in the short term, in addition to driving up consumption back to normalised levels in hopes of quickly reviving their respective country’s economy. But we also have to be mindful of the increase in fiscal deficits that many countries will face after the crisis is over as, no doubt, most countries around the world will be running up large amounts of debt in the short term to help get their respective countries back to normalised levels.

Taking a medium-to-long-term view, what does this mean for the global economy?
In a best-case scenario, if the epidemic is contained, then the long-term effects will be a reduction of GDP growth by around 50% to 100% for 2020, with pinned up demand helping drive economic growth back to normal levels in 2021. This is assuming that most nations are on complete shutdown and the number of infected cases starts to flatten in the coming two weeks. It also assumes that sometime in 2020, a vaccine will be ready for mass manufacturing.

But if it takes much longer for infected cases to flatten out around the world or for a vaccine to be made ready, 2021’s economic growth could also be at depressed levels and things might not normalise until 2022. But this is a more bearish case scenario and with most countries in effect closing their borders and limiting gatherings, the hope is that the infected cases will start to flatten soon, similar to what we have been seeing in China.