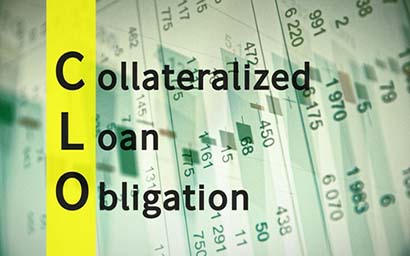 Insurers have increased their investment in collateralised loan obligations (CLOs) in recent years to diversify their fixed income investments – but ratings agency Fitch has warned about the effect of a downturn on these investments.

“Investments in CLOs increased markedly in recent years and could pose a significant risk if investor protections weaken later in the credit cycle,” Fitch has said.

The concern is echoed by another rating agency, Moody’s. Its senior credit officer Shachar Gonen points out that CLOs are backed by leveraged loans, adding that the credit quality of these loans has fallen and is expected to deteriorate more in the future.

“Demand in the market for leveraged loans has been high and this has led to a weaker standard of underwriting,” he says. “Ultimately, we expect this to lead to a higher default rate in the event of a market downturn as well as lower expectations for recovery rates if the loans do default.”

The concern, Gonen says, is not only about the potential for principal losses if defaults increase, but also capital charges if the CLOs are downgraded. Even without any direct losses from the CLO, insurers could be forced to hold more capital against any of those downgraded investments, he adds.