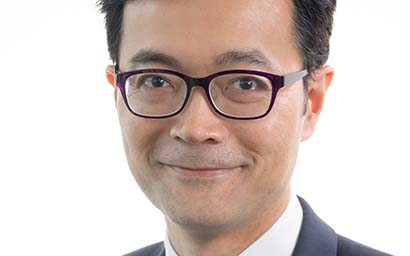 We believe trade tensions between the US and China will be an ongoing issue because, over the years, China has become a rather large part of the global economy. As a result, we expect to see more policies from the US designed to limit China’s economic rise. In terms of the percentage of GDP to the US, or the trade imbalance, China now is where Japan was in the late ‘80s. The US is again in a political and economic wrestling match with its biggest rival – this was once Japan and is now China.

There are historical precedents for the current political climate. In the 1980s, the US levied high tariffs on Japanese car imports in a bid to protect its home-grown car manufacturers. However, the impact of trade sanctions on the Japanese economy could be seen as positive in some respects. It forced companies to streamline their production efficiencies and improve product innovation to remain competitive.

Toyota, for example, is the world's largest car manufacturer today. Despite the trade sanctions in the ‘80s, Toyota maintained its status as an industry leader. It adopted new production processes to improve quality and adapt more quickly to customer demand, while achieving one of the highest productivity levels in the industry. The firm used local resources to support its global expansion. Today, it also produces cars in the US.

We had also observed more generally that strong companies could, like Toyota, learn how to deal with a more challenging environment and become stronger. We believe this will be true for Chinese companies too. Our aim is to find these long-term competitive companies.

Trade conflicts can create opportunities
From a political standpoint, we believe conflicts between China and the US will continue to arise, whether on exports and trade or other geopolitical issues. That said, we believe these issues primarily affect market sentiment rather than China’s actual economy, which is predominantly domestically driven. Its exports contribute only a tiny part to GDP.

China would like to reduce its reliance on imports - especially for strategic items like semiconductor chips, where there is a keen interest to develop a local chip supply. Chinese customers requiring chips for their products would prefer to use local suppliers for more security if the quality is good enough.

Despite various trade barriers imposed by the US, China’s export numbers continue to beat expectations. In fact, the pandemic has affected non-Chinese manufacturing bases more than those in China. As global demand recovers, China has become a reliable manufacturing source for most markets around the world.

Before the pandemic, there were concerns that China might lose its manufacturing edge because of labour shortages. However, that concern is slowly diminishing. Tesla for example, built its largest factory in the world in Shanghai last year and now exports cars from China to Europe – this reflects China’s high manufacturing competitiveness.

In conclusion, we believe that the US-China trade war should not lead to long-term headwinds for Chinese companies, in fact quite the opposite. In the medium to long term, Chinese companies will be forced to strengthen their core competencies and those that are able to adapt to the new norm should emerge stronger over time, despite trade sanctions.

“China’s next 40 years are about its financial rise”
Does China fit into an asset class of its own?