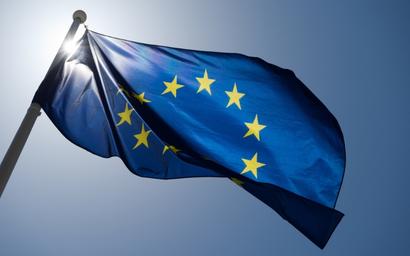 EU member state regulators are being urged to improve their standards by the European Securities and Markets Authority (ESMA), with several firms moving to the Bloc found to have “limited technical and human resources in the EU”.

The report on the actions of national competent authorities (NCAs) during the Brexit transition found regulators applied different interpretations of proportionality when it came to substance requirements.

This led, in certain cases, to some smaller firms relocating with only very minimal set-ups.

Some regulators allowed for an “extensive use of outsourcing/delegation arrangements,” ESMA added.

ESMA is now seeking to introduce measures to “achieve greater convergence at EU level on the application of the risk-based approach, the proportionality principle and on outsourcing/delegation arrangements”.

NCAs are also encouraged to improve their assessment of the adequacy of firms' internal control functions, the extent of outsourcing and delegation, and the appropriateness of governance arrangements.

The review focused its assessment on NCAs of jurisdictions where most activities, or the more complex activities, were relocated.

The Commission de Surveillance du Secteur Financier in Luxembourg was reviewed for fund managers, with ESMA scrutinising the Autoriteit Financiële Markten in the Netherlands and Autorité des Marchés Financiers in France for fund managers and trading venues.

In Germany, Bundesanstalt für Finanzdienstleistungsaufsicht and Επιτροπή Κεφαλαιαγοράς of Cyprus were assessed for MiFID firms.

The Central Bank of Ireland was reviewed for all three sectors.

ESMA noted the recommendations are relevant to all NCAs, not only those included in the review.

The authority said it worked closely with these NCAs during the Brexit transition to provide guidance through opinions, supervisory briefings and Q&As, to assist market participants and deal with relocation in an aligned way across the Bloc.

ESMA also provided an EU-wide collaborative platform - the Supervisory Coordination Network (SCN) - which brought together senior supervisors from NCAs while they were processing the authorisation requests and helped reach common views on several important issues.

ESMA chair Verena Ross said: “ESMA’s extensive work with NCAs, including through the SCN, facilitated the smooth Brexit transition in financial markets, preserving orderly and stable markets and ensuring the protection of investors.

“This Peer Review is part of ESMA’s Brexit-related work and provides observations on how NCAs have handled the associated relocations. It focused on some of the areas where full convergence was most difficult to achieve and therefore sets out important recommendations for NCAs and for ESMA. These recommendations will help to promote further supervisory convergence at EU level and to strengthen the authorisation process of NCAs for the future,” she added.

ESMA said it will continue to facilitate and coordinate further convergence work at the EU level and expects work to be conducted at the national level to address findings and recommendations made in the report.

It plans to carry out a follow-up assessment in two years to see how the situation has evolved.