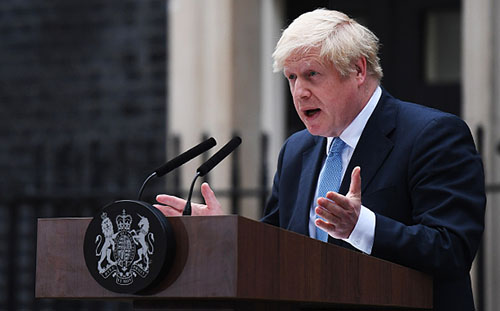 UK-domiciled active equity funds suffered record outflows in the third quarter. It was the fourth consecutive quarter of redemptions as investors continued their exodus to safer asset classes.

Between July and September, investors pulled out a total of £3.5 billion (€3.93 billion) from active equity funds – more than the previous three quarters combined - as they abandoned stock pickers for safer funds such as fixed income and money market funds.

Funds specifically investing in UK companies were hardest hit with redemptions to the tune of £1.2 billion due to the ongoing political chaos surrounding the country’s future, according to the latest data from transaction network Calastone.

Passive equity funds bucked the trend and saw strong inflows for the twelfth consecutive quarter, but the £1.7 billion of new cash was not enough to offset the redemptions from active funds, according to the fund flow report.

Investors sold down a net £1.8 billion of equity funds during the quarter. The previous worst quarter for equity funds was in 2016 ahead of the UK’s referendum to leave the EU.

The quarter ended more positively than it began, as stable markets slowed outflows in September, which saw net redemptions of just £156 million.

According to other data from the Investment Association (IA), August saw the biggest outflows since November 2018 as investors pulled £1.7 billion from UK funds.