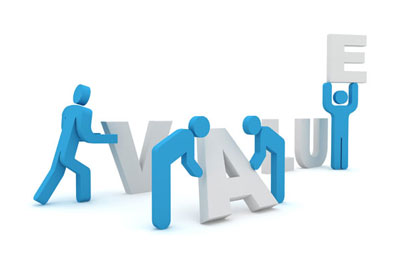 UK funds are failing to meet regulatory standards when it comes to reporting on fund value, according to recent research from chartered financial analysts (CFAs).

A review carried out by CFA UK found substantial variation in quality with a significant proportion not up to scratch.

Assessment of Value (AoV) reports are a legal requirement for UK funds following the introduction of PS18/08 by the Financial Conduct Authority (FCA) in February 2018.

However, three years on, a number of firms are failing to meet basic requirements.

A CFA working group reviewed AoV reports for 2019-20 published by 145 UK investment firms. The review found that almost a quarter (24%) of funds did not clearly outline their investment objectives and close to a half (42%) failed to state the ongoing charges at an individual level.

Reporting quality dipped further when it came to areas that are not specifically required by the FCA but are of interest to investors. For example, 87% of reports made no comment on fund liquidity while 76% of reports had no mention of ESG value.

Consequently the CFA stated that there is a need for “a more clearly defined set of sector-wide recommended practices”.

The worst areas of reporting concerned quality of service and authorised fund manager costs. The review found that assessment methods were “especially unclear”. Just 20% used external assessments or customer surveys while even fewer provided any quantification of results.

Only 75% could be located despite multiple efforts by phone and email to the firms or their authorised corporate director.

Andrew Burton, professionalism advisor at CFA UK and part of the working group for the review, said that it was “concerning that many of the AoV reports being produced are failing to meet some of the basic requirements set out by the FCA”.

“The rationale behind making these reports obligatory was to increase transparency about fund performance and value for investors. Many of the reports being published, however, fail to provide the quality and completeness of information needed to advance investor appreciation of their current and potential fund investments,” he added.

Burton also said that the investment sector “has an opportunity and a duty to exceed the minimum requirements and make these reports genuinely useful”.

There were some positives in the review. A majority of reports scored well for accessibility and general presentation while reporting on fund performance scored highly. In addition, the review found that later reports generally scored better than earlier reports suggesting progress.

CFA UK made a number of recommendations in light of its findings. These included publishing the report on the fund manager’s website and ensuring it can be easily found via a Google search, providing commentary on ESG inclusion, risk and liquidity, and using an independent peer group or benchmark to enable investors to quantify relative performance.