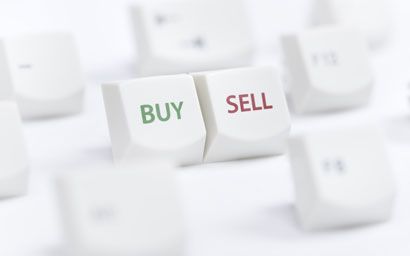 Investors withdrew £836 million from equity funds in April, just beating the previous high set in January this year, as investors sought safe havens for their capital.

Two-thirds of UK-focused equity funds saw outflows during the period. Mid-caps and smaller companies featured more prominently on the sell list, according to analysis by funds network Calastone.

This resulted in actively managed funds bearing the brunt of the outflows - almost three-quarters of the net total.

Out of £49 billion invested in equities funds since January 2015, no net new money has flowed into UK-focused funds, according to Calastone.

Global funds bucked the trend with £1.58 billion of inflows in April, but Calastone noted that it can be “considered a correction of excessive negativity in March which saw record selling to the tune of £977 million.”

Two-thirds of the April inflow to global funds went to global ESG equity funds, and no month has seen outflows from ESG funds in over three years.

“Outflows from UK-focused funds make sense at present given the weak economic outlook, but we were surprised at just how negative sentiment was. The flow of news on the UK economy has been relentlessly bad over the last few weeks as investors have absorbed the limited and heavily criticised set of measures announced by the Chancellor to protect households from soaring inflation, while tax increases and an economic slowdown will only add to the pressure on household finances.

“This helps explain why outflows were so large. It is very telling that funds focused on smaller and mid-cap companies have borne the brunt of the selling – these companies are much more exposed to an economic downturn. A noticeable switch into UK-focused funds with an income focus is the flipside to this trend,” he added.