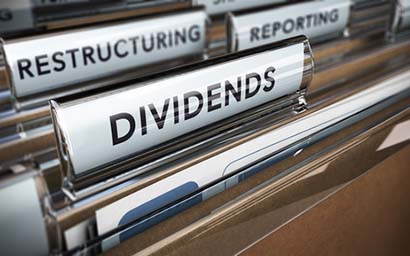 UK dividend investors are on track to see their “biggest hit in generations” after companies slashed Q2 payments by 57% in response to the Covid-19 pandemic.

Dividends of £16.1 billion (€17.8 billion) were paid during the quarter, which was described as an “unprecedented low”.

Excluding special dividends – which had “all but disappeared” after an exceptionally high round of payments last year - the decline was 50.2%, according to Link Asset Services’ Dividend Monitor.

Dividends were at their lowest second-quarter total since 2010 and the decline was by far the biggest ever recorded, the firm said.

Susan Ring, chief executive for corporate markets at Link Group, said: “The second quarter was truly a record breaker - not by a whisker, nor by a nose, but by a mile. The whole of 2020 will, without doubt, see the biggest hit to dividends in generations.”

After the global financial crisis in 2008, just two fifths of companies cut or cancelled pay-outs, Link said, adding that in a worst-case scenarios dividends could fall by 43%.

According to Ben Lofthouse, fund manager of Henderson International Income Trust, companies are protecting their balance sheets to see them through the current crisis.

"Naturally nobody wants to see their dividends get cut, but if it’s in the interests of protecting a company in such unusual times then it’s the right thing to do, allowing them to emerge stronger," he said.

He added that investors should remember a temporary halt in dividends does not change the fundamental value of a company – "that is driven more by the ability of the company to flourish and grow over the longer term".