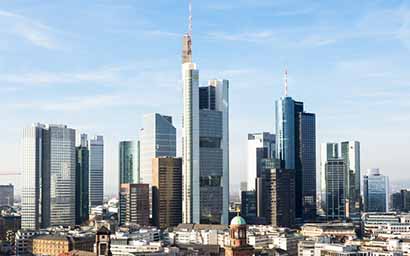 Germany’s financial regulator Bafin requires investors to give 12 months’ notice to cash out from open-ended real estate funds. This, according to Harald Rieger, head of coverage for Germany and Austria at DWS, has made the open-ended fund model “more robust and means that clients use it in the right manner”.

Recent months have seen healthy flows to open-ended real estate funds based in Germany. They collected €1.3 billion of cash through March, April and May.

The BVI, Germany’s fund association, says the longer redemption period has restored investor confidence in the real estate funds sector and has also been related to reduced panic selling during the Covid-19 turmoil.

Patrizia Ribaudo (pictured), BVI spokesperson, said open-ended real estate funds have continued to attract inflows from both retail and professional investors since the extended redemption period, which was introduced in 2013, and adds: “Fund managers operate with high proficiency when it comes to liquidity management. In contrast to the UK, by and large, investors of German funds were able to sell their shares [during the pandemic] without any problems.”

Germany’s changes to redemptions periods followed the 2008 financial crisis. A more recent amendment has had the objective, says Ribaudo, to allow property funds to improve their liquidity management with a range of tools such as redemption gates, notice periods and swing pricing.

One aim of all this is to prevent funds from having to susepend dealing or close down. 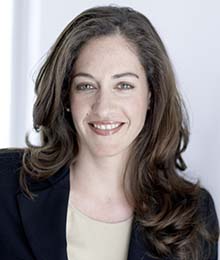 The Financial Conduct Authority (FCA) started to consult on the proposal on Monday and sees the measure as a means of reducing potential harm to investors from the liquidity mismatch between daily traded open-ended fund units and the underlying physical real estate that can take months to sell.

Heavy selling has in recent years caused fund managers to suspend dealing in open-ended property funds, such as following the Brexit referendum.

One observer who believes the proposed 180-day redemption period could stymie flows is Adrian Lowcock, head of personal investing at Willis Owen. Although he says the rule could remove short-term investors – something that is said to have happened in Germany – and reduce volatility in the asset class, he adds: “There is no doubt by putting a six-month notice on the funds they will become unappealing to many investors, especially in a time when investors are used to being able to access a growing range of investments with daily liquidity.”

He adds that the rule could create an opportunity for investment trusts and ETFs “to come up with a proposition that works”.

Annoucing the consultation on Monday, Christopher Woolard, interim chief executive of the FCA, said: “We think that our proposals will help further our consumer protection objective by reducing the number of fund suspensions, preventing unsuitable purchases of funds, and by increasing product efficiency for fund managers.