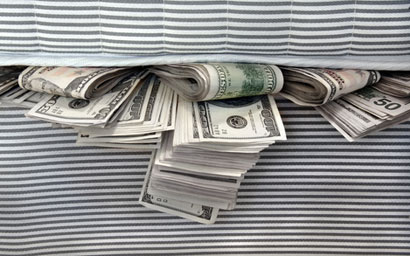 Asset managers’ own capital assessments are so far short of regulatory expectations that UK-based firms are, on average, being ordered to add 82% to their capital buffers.

The finding is released in a survey from accountancy giant KPMG which found that over the last four years every asset manager visited by the Financial Conduct Authority (FCA) for a risk control has been told to hold extra capital.

KPMG asset management partner David Yim, one of the authors of the ‘Picking up the Pace’ report, said that for a mid-sized UK firm an 82% capital addition equates to around £31 million (€35 million).

As a result of the increases some firms have seen their share prices fall and had to cancel dividends. Others have had to ask parent companies for cash injections following an increased capital requirement.

As the regulator continues to sharpen its focus in this area, FCA visits and subsequent orders for capital add-ons are increasing.

“Given the potential damage to business, and in an increasingly tough regulatory and commercial environment, firms need realistic, defendable capital assessments, or else the regulator will soon do it for them,” Yim said.

“Firms need to work fast to bridge the gap between the capital levels considered adequate by the internal team and the FCA, otherwise they could find themselves with a sudden and drastic hit to available capital.

“Every pound held in capital is a pound that can’t be invested in growth, digital or implementing regulation.”

The report found that the FCA has increasingly turned its attention to smaller firms in recent years.

Those without robust and documented risk strategies are exposed to a potential capital hit.

“Smaller firms are already disproportionally affected by the costs of regulations such as MiFID II so having to hold more capital will be a significant opportunity cost,” said Yim.

The survey also found that the percentage of asset management firms stress-testing for various Brexit outcomes rose from 29% in 2016 to 44% this year.

In addition, more firms are now considering “Bre-location” – moving staff, operations and/or prudential capital to financial centres within the EU.