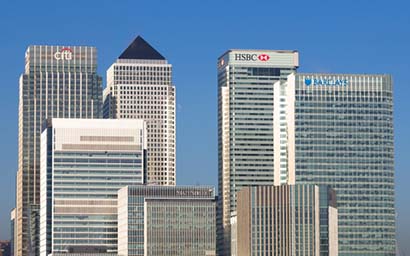 A majority of asset managers in the UK believe that financial services will be excluded from any post-Brexit trade deal with the European Union.

That was one of the key findings of a global survey of sentiment among investment professionals published today by the CFA Institute, the industry’s trade body.

The CFA’s 2018 Global Brexit Barometer showed that just 17% of UK fund managers believe that any post-Brexit trade deal with the EU will result in a comprehensive trade deal covering both goods and services.

Twenty-three per cent of respondents in the UK, and 26% of respondents globally, believe that negotiations currently underway will most likely result in a Canada-style trade deal covering goods only.

Meanwhile, a surprisingly high 22% of respondents in the EU believe that the UK will “crash out” of the European Union with no trade deal agreed by the departure date of March 29, 2019.

Another noteworthy finding of the survey was that over three-quarters of respondents (76%) in the EU (excluding the UK) expect their firms to reduce their UK presence post-Brexit.

Other findings of the survey are that fund managers globally expect a negative impact on UK returns and the ability of UK firms to hire the best talent and that investors will not benefit from potential restrictions on delegation arrangements.

The survey findings come just days after the EU agreed to a 21-month transition period to December 2020: three months less than the 24 months that the UK had sought.

Respondents said that Frankfurt would be the greatest winner from Brexit, followed by Paris, Dublin, Luxembourg and Amsterdam.

Gary Baker, managing director for Europe, the Middle East and Africa and industry and policy research at the CFA Institute, said: “What is powerful about this research is the body of opinion it provides from a large number of investment management professionals around the world, many of whom have no emotional investment in Brexit.

“While we see some signs of optimism, views of CFA Institute members vary between the markets, and much uncertainty remains over the likely outcome of the Brexit negotiations.”

Will Goodhart, chief executive of the institute’s UK arm, the CFA Society UK, said that the findings show considerable concern for the UK’s competitiveness as a financial centre.

“In light of the uncertainty over how the Brexit trade deal negotiations will play out, an increasing number of survey respondents in firms with a strong UK presence expect to see that presence reduce,” he said.

“Respondents, whether from the UK, EU or rest of the world, are also pretty clear that restricting delegation arrangements would have a negative effect on investor outcomes.”