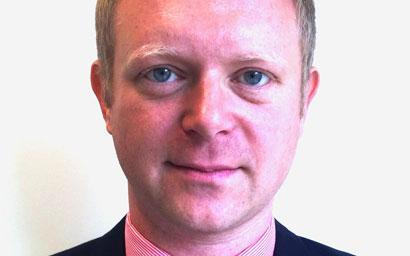 David Osfield (pictured) of London-based EdenTree Investment Management has set out three reasons why, despite stock valuations rising sharply since Donald Trump came to power, the Trump train is likely to derail investors in the medium-to long-term.

While President Trump’s commitment to fiscal stimulus in the form of promises to invest heavily in infrastructure has boosted investor sentiment, Osfield – co-fund manager of the EdenTree Amity International Fund, fears that Trump’s equally strong commitment to protectionism could ultimately have disastrous consequences.

Osfield three warnings are that:

History shows protectionism has catastrophic effects
Osfield points to previous US experience of protectionism in 1930 when the Smoot-Hawley Tariff Act led to average import tariffs rising to as much as 45%.

Over the following four years, the high tariffs led to a 66% drop in international trade.

The imposition by the US of high import tariffs led to similar protectionist tariffs being imposed by Canada and European countries, which led to a further deepening of the global depression.

Osfield said: “Given the Republican Party’s relentless pursuit of the America First quest and its bellicose beggar-thy-neighbour strategy, it may be prudent to factor in a degree of international retaliation.”

The integrity of companies could be impaired
Trump’s Twitter-based lambasting of US firms for investing abroad could have dangerous implications for markets and puts into question the governance and ethical standards of companies.

“Capital allocation is typically a long-term decision, consistent with the company’s stated strategy,” Osfield said. “The soundness of a company’s strategy is more prudently judged over periods longer than a presidential election cycle.”

“If companies are wiling to kow-tow to Trump on operational locations, will they lie-down in terms of diversity, good governance and investments in sustainability for the sake of American competitiveness?”

Trumponomics is largely priced in
With the Dow Jones Industrial Average breaching 20,000 for the first time on 25 January and global markets reaching a 19-month high on the back of Trump’s promise to deliver turbo-charged growth to the US economy, Osfield believes that market exuberance over expected tax cuts, looser regulation and fiscal spending has already been priced into US stocks.

“Investors should question prevailing assumptions and assess the risk that the ‘Trump trade’ could unwind,” Osfield cautioned.