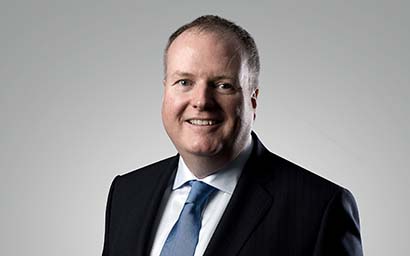 Extreme global market volatility is becoming a fact of life as investors are forced to make ever riskier choices, says Stephen Jones, CIO of equities and multi asset & solutions at Aegon AM UK.

What went down, came up. The reflex recovery of this risk cycle complete, markets are beginning to adopt a longer-term perspective. While talk of an equity bonanza - powered by surging corporate profits – is widespread, concern is building around recent developments within bond markets.

If the global growth outlook is so good and with macro-economic policy now having an inflationary bias, why then are ultra-long US nominal bond yields still less than the Fed’s 2% inflation target? Many attribute this to economic data coming in lighter than rather frothy forecasts in recent weeks. Two prominent commentators – doom-mongers to some, have however recently voiced concerns of a structural nature.

There is now real doubt, contends Yanis Varoufakis, that central bankers can ever check-out of their own ‘Hotel California’. Ever since the GFC, many companies have been sustained by the ultra-low yields created by central bank buying. His argument is that if the Fed et al were to end their extraordinary support then borrowing costs would inevitably rise to levels that better reflect the compensation that banks would demand against risks of default.

Unfortunately, many companies are now so weak that a higher cost of debt would send them under, causing significant increases in unemployment and untold socio-political problems.  As the gap between central banks and governments continues to narrow, political leaders will never allow such a thing to happen on their watch.

Insurance asset management: “Bonds will always be in demand”

Though equity markets traded well through most of 2018, we watched as policy normalisation quickly became a market problem. Though they remained negative in real terms, US policy rates rose gradually as the year progressed.

However, when they rose above the rate of inflation, equities fell sharply. They only recovered when a chastened Federal Reserve signalled that there would be no more rate rises. Unable to absorb even a modestly positive real cost of capital, Western economies are now wholly dependent on central bank liquidity.

Nouriel Roubini goes further arguing that, with global debt ratios almost three times higher than in the early 1970s, should central banks have to deal with an inflation problem, this will unavoidably lead to a depression, rather than a severe recession.

While high inflation has been more fear than fact for decades, this time is different, believes Roubini. Higher prices will inevitably result from the failure of the supply side to respond to stronger post-Covid demand, from strengthening protectionist trends and from moves to address inequality. Together with the ongoing decoupling of the US from China, a major macro-economic disruption is a matter of ‘when’ not ‘if’.

One of the features of Q4, 2018 was how quickly the correction became a rout. The subsequent rise in retail investor involvement, irrational trading in meme stocks, cryptocurrencies and special purchase acquisition companies (SPACs) together with ultra-tight credit spreads on so-called junk bonds, combine to increase the scope for a sudden and serious loss of investor confidence eclipsing that in 2018. This was the story of the Covid-catalysed slump of March 2020.

While global multi-asset portfolio managers recognise these challenges, they struggle to find assets which offer genuine diversification under crisis conditions. Unwilling to add a significant weight to Chinese Government bonds and unable to find a diversifier that they deem attractive on a standalone basis, they are drawn afresh, albeit reluctantly, to advanced economy bond markets.

Adding to a stronger co-dependency between asset markets and the real economy is the latest European Commission ‘Ageing’ report which predicts that by the end of this decade, there will be roughly 17% more pensioners in Europe than today, and 4% fewer workers.

No cause for alarm?

Those of a more positive persuasion frequently argue that if capital markets can withstand the GFC, a major European existential crisis (around Greece) and Covid then there is no cause for alarm.

The point here is that as the ‘bill’ for resurrecting risks assets increases with each setback. For example, support programmes previously in billions are now measured in trillions. Cumulatively, the burden will soon, or it has already, become simultaneously irreversible and unsustainable.

The near-term outlook for global companies is strong. Forecast corporate profits are now well above pre-pandemic levels, with many looking for a particularly strong rebound in capital investment – the life blood of future prosperity.

However, an endogenous or exogenous shock is as likely as a rainy Glasgow Fair, if not this year, then next. The wild gyrations of recent years are likely to be the shape of things to come rather than exceptions, challenging retail and institutional investors alike.

*Stephen Jones is CIO of equities and multi asset & solutions at Aegon AM UK.

Green bond investment is not yet achieving net zero - but there is hope
Crisis insight: “Volatility here to stay”
© 2021 funds europe