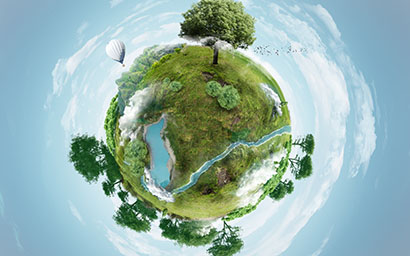 A “meaningful” relationship exists between ESG scores and developed markets sovereign spreads, according to research by Federated Hermes.

This correlation appears to be stronger in developed markets than emerging markets, according to the firm, although there is a significant correlation between ESG factors and sovereign default swaps in both.

The study was carried out in conjunction with analytics firm Beyond Ratings on the back of previous research assessing the link between ESG – or environmental, social and governance – factors and sovereign credit spreads.

In this follow-up study, the relationship has been found to primarily be driven by developed market countries rather than emerging markets, but this suggests that emerging markets are at risk to worsening ESG factors.

Mitch Reznick, head of credit research and sustainable fixed income at Federated Hermes, said: “We believe that the less pronounced, but still existing relationship for EMs [emerging markets], implies that the relative financial weakness of some EMs leaves them more vulnerable to deteriorating ESG factors, which translates directly into credit risk.”

“Our results suggest that movements on CDS spreads for EMs were related more to other country-specific factors that our model does not consider.”

Another notable finding was the stability of the correlation between CDS spreads and ESG factors, even when comparing a country’s historical ESG performance to its current CDS spreads over several different time horizons. According to Federated Hermes, this suggests a steady pricing relationship.

Julien Moussavi PhD, head of sustainable investment sovereign research at Beyond Ratings, said: "ESG risks are at the heart of sovereign credit risk, and the finance industry is developing its understanding of how both developed and emerging markets are exposed to these risks