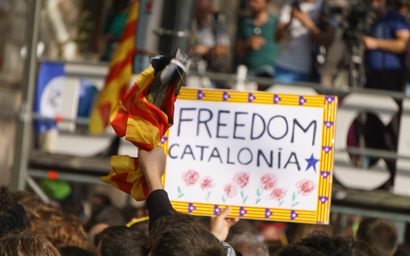 The outflows from the EWP ETF were the worst in at least a year, S&P Global Market Intelligence said.

Last month saw Spain's most serious political crisis since a failed military coup in 1981, as the Madrid government responded to a referendum in Catalonia - where voters in the region voted in favour of independence - by imposing direct rule on the region.

The Rajoy administration in Madrid has been criticised for using police to drag voters from polling stations in an attempt to stop the referendum from going ahead.

Since the referendum, most elected Catalan ministers have been imprisoned, while others have fled to Belgium.

Although an exact figure was not given, last month data provider EPFR Global said redemptions from Spanish equity funds following the unrest hit their highest level in nearly three years.