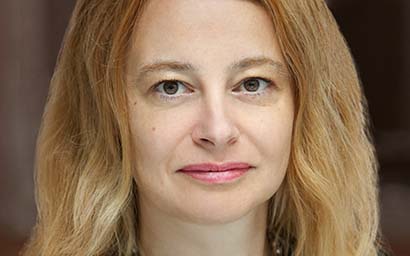 Bookies offer a 40:1 to 50:1 pay-out should this year‘s host nation win their first ever World Cup. The CEE region‘s other three contenders - Croatia, Poland, and Serbia – are equally or even less likely to win the trophy, writes Angelika Millendorfer. Russian equities, on the other hand, won’t lure you with a (highly unlikely) 40:1 payday, not within weeks anyway. But they might be a much better bet.

It’s no big news that Russian equities are very cheap versus the rest of the world. And recent oil price strength is very favourable for the country.

Oil and gas exports still form the backbone of Russia’s economy, though the country is making progress to reduce dependence on them. With Brent Crude recently touching the $80 mark, revenues and profits for Russian oil and gas companies are jumping. Miners are benefiting from higher prices for base metals. In addition, the rouble has weakened despite rising oil prices, which is a rather rare phenomenon. A weaker rouble drives up the companies’ revenues in local currency terms even more, while hardly affecting their cost side.

There is more. The government’s budget is based on $40 per barrel of oil. Tax revenue will likely be significantly higher than envisaged. Part of that additional revenue can flow back into the domestic economy; another part will be used to replenish the “rainy day fund”. It had helped Russia in the past years to cope with the oil price slump and the impact from Western sanctions far better than most had expected.

Speaking of sanctions, the country has learned to deal with them. Still, they do hurt in some areas and curtail growth. In other areas, like agriculture, Russia is even making a virtue of necessity. Given the increasingly erratic behaviour of the US president, sanctions might even get stepped up. In any case, they are unlikely to get lifted anytime soon. Similarly, virtually nobody expects economic and judicial reforms in Russia. They would come as a positive surprise, given that investors in Russia need a high risk tolerance. But amid rising US interest rates, Russia could still outperform other emerging markets.