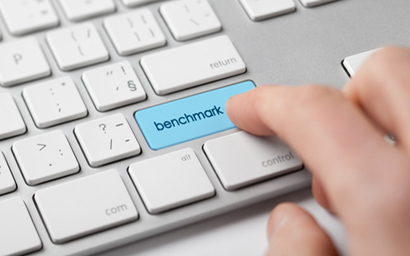 Many Ucits equity funds – including some that are already under fire for allegedly being “closet index-trackers” – are failing to publish their performance against benchmarks.

The finding by investor group Better Finance means these funds are breaching European disclosure rules, the group said, and it criticised financial regulators for poor enforcement.

The rules form part of the two-page Key Investor Information Document, or KIID, under Ucits regulations.

Better Finance carried out its research in two parts, starting with a list of 165 ‘potential closet index funds’ which the European Securities and Markets Authority (Esma) identified in 2015. Esma did not name the funds, but Better Finance replicated the research in 2017 and did name them.

The group found 67 of the 165 funds failed to disclose benchmark performance alongside past performance, which means investors cannot assess performance properly.

When Better Finance revisited the research between January and April this year, fewer non-compliant funds were found: 44 of the 165 (see Annexe 3 of the press release for list).

But Better Finance said this was just the “tip of the iceberg”, as the fuller research that found 619 non-conformers out of more than 2,000 funds suggests.

The group said: “A major part of these non-compliant funds in our view are domiciled in Luxembourg, where 66% of the ‘potential closet index funds’ [the 165 identified by Esma] and 43% (or 272) of all benchmarked Ucits equity funds reviewed still do not disclose their benchmark performance in their KIID. Overall, 82% of the offenders are from Luxembourg, the UK or Ireland.”

Better Finance noted that the UK’s Financial Conduct Authority had forced 64 UK-domiciled funds to indemnify clients after an investigation into closet-indexing, but said other national regulators were “dragging their feet”.

However, France emerged largely well from the Better Finance report. Just 1% of the total Ucits equity funds studied that were in Better Finance’s view non-compliant were domiciled in France, and none of them were identified as closet-indexers.

Guillaume Prache, managing director of Better Finance, said that “these persistent, widespread and clear breaches of EU investor protection rules in our view, as evidenced by this research, are yet another call on EU public authorities to urgently and adequately stop this ongoing detriment to EU citizens as savers and investors, especially in light of the current debate on the necessary reform of the European System of Financial Supervision”.