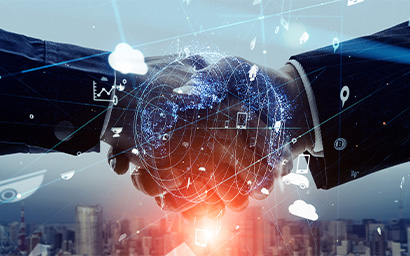 The increase of SWF influence also takes place as investors in private equity funds – known as limited partners (LPs) - are expected to gain more power in an environment where fundraising is difficult.

Research among 188 general partners (GPs) – the professionals at private equity firms – found those who cited SWFs as a more important source of funds increased to 27% this year from 19% last year. However, the sector’s main source of funds – family offices and wealthy individuals – still scored highest, at 45%.

In what 72% of respondents expect to be a highly challenging exit environment for private equity this year - and coupled with expectations that fundraising will also be harder - the private capital market will be LP-led in 2023, said IPEM, the events business that sponsored the research. Over three-quarters of the survey’s GP respondents said LPs would hold more power.

Meanwhile, ESG forms the biggest internal priority for firms in 2023, just as it did last year. Climate tops the ESG list, and 69% of GPs felt private equity could provide “serious answers to climate”.

Despite a more negative view of the sector’s landscape, just as many funds as last year (two-thirds) still expect to raise money, and opportunities are expected to come about by a greater need for restructuring in portfolio companies. IPEM linked this finding to a generally positive sentiment about deal-making and capital deployment.

Antoine Colson, IPEM chief executive, said the wider results in the report illustrated “positivity and optimism” among GPs in the industry.

“If I have a concern, it is whether this drive and enthusiasm will be shared by LPs.”

At a conference last year, Johanna Kyrklund, co-head of investment and group chief investment officer at Schroders, said defined benefit (DB) pension plans would probably find they cannot take as much risk on growth assets when central banks are dealing with inflation and financial stability simultaneously. Deleveraging could lead to lower levels of DB scheme investments in illiquid assets, she said.