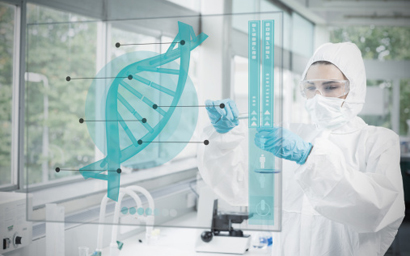 The UK’s railway pension scheme RPMI Railpen was recently involved in the latest round of funding for Oxford Nanopore Technologies, a biotechnology firm specialising in gene-technology. Funds Europe takes a deeper look at Oxford Nanopore to learn more about the company and the role of private equity in biotechnology.

Private and venture capital are crucial for the growth of the biotechnology industry, and play a key role in the accelerating number of biotech firms that eventually go public, often through mergers and acquisitions. By November 18 this year, there had already been 860 venture capital-backed deals in the biotech sector, already surpassing last year's total, according to data from Preqin.

As a growing business, capital is important, a spokesperson for Oxford Nanopore tells Funds Europe. “We're obviously innovating at all times, which requires investment in order to develop.”

Among other healthcare tech, Oxford Nanopore has developed a DNA sequencer the size of a Mars bar. The ethos behind the company is the “decentralising” and “democratising” of this kind of technology in order to “make it available for the masses”, according to the spokesperson.

A lot of the innovation comes from a research community which puts the technology to use more broadly across over 100 countries.

“You can take the tech to the point of care, particularly in more remote or developing areas, and work with people who might not have access to a hospital,” the spokesperson, who asked to remain anonymous, says. To draw a parallel, it works much in the same way as ‘open source’ does in computing, pathing the way for further developments in the biotech field.

Much of the developments we see in healthcare begin at this grassroots research and development level, before firms are scaled up – with the help of private and venture capital – and their products produced on a mass scale.

Oxford Nanopore’s sequencing technology is being used by researchers to explore human genetics, cancer, infectious pathogens, plant and animal genomics and environmental science. It has also developed technology that plays a surveillance role in the detection of Covid-19 in various countries across the world.

Railpen portfolio manager Julia Diez said in a statement that the deal with Oxford Nanopore would allow the pension fund to “build a relationship with an innovative private company and to support its development and governance”.

She added that Railpen is looking forward to "sharing this journey" with Oxford Nanopore and see it capitalising on possible future opportunities.