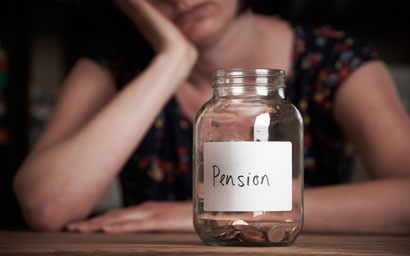 Pension plans expect to enter the next recession with their finances weaker than ever thanks to years of economic stimulus, a report has found.

Nearly 80% of 153 surveyed pension plans believe that quantitative easing (QE) has inexorably inflated global debt and sown the seeds of the next financial crisis.

While over a third of pension plans have a positive cash flow, 40% have a negative one.

Although two thirds of respondents attributed the stabilisation of financial markets after the Lehman Brothers collapse to QE, the study by fund manager Amundi and Create-Research highlighted concerns that QE is running out of steam in all key regions where it has been implemented.

Professor Amin Rajan of Create-Research, who led the project, said: “Quantitative easing is currently at the point of diminishing returns and has undermined the finances of pension plans. So deeply is it now entrenched in the investor psyche, QE will be very hard to unravel without huge market volatility.”

As risk appetite diminishes, capital preservation has become top of the agenda. As long as QE lasts, nearly 60% of respondents said they will favour equities.

Pension plans are also turning towards emerging markets assets in order to capitalise on their long-term growth dynamics. At 38%, equities came out as favourite, followed by government bonds (36%) and investment-grade corporate bonds – all in emerging markets.

The study also identified demand for private market assets, such as private equity and debt, due to QE-related diminishing returns.

Pascal Blanqué, group chief investment officer at Amundi, said: “Pension plans are facing a host of challenges in this post-QE environment. As volatility rises and markets fall, liquidity management has become paramount, as has capital preservation for pension investors.”