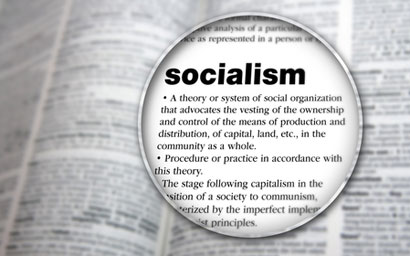 The rise of passive asset management threatens to “fundamentally undermine the entire system of capitalism”, according to analysts at US research firm Sanford C. Bernstein & Co.

In a provocatively titled note, ‘The Silent Road to Serfdom: Why Passive Investing is Worse Than Marxism’, the firm says politicians and regulators need to be highly wary of the rise of passive investing, and cognisant of the “vital importance” of active management to the wider economy.

"A supposedly capitalist economy where the only investment is passive is worse than either a centrally planned economy or an economy with active market led capital management," the note says.

The firm is concerned that the media and analysts are increasingly pushing investors towards low-cost tracker funds, without taking into account the potential risks of a purely, or predominantly, passive asset management market. It states that the rise of indexing means stocks are tending to move in the same direction more often. The alleged upshot of this is the correlation of stock price increases, impeding the efficient allocation of capital.

Bernstein’s note advises lawmakers and regulators to consider the broader benefits of a functioning active asset management industry to society, and ensure policy initiatives do not explicitly undermine active management.

Reaction to the note has been mixed.

Robin Powell, who writes a blog called Evidence Investor, said fears of a purely passive market in years to come are significantly exaggerated. He noted that while there has been a significant shift towards passively managed vehicles in the US in recent years, passive funds still account for only a modest proportion of total investable assets.

“Almost everywhere else in the world indexing has barely scratched the surface. It’s taken more than 40 years for passive to reach the point it has in the States, and it won’t achieve worldwide domination overnight,” he said.

“It’s extraordinary that an industry that has effectively imposed a stealth tax on investors for decades is now being presented as the bastion of a vibrant economy. In allowing ordinary people to keep a bigger share of their investment returns for themselves, passive investing serves a far greater social and economic purpose than professional stockpicking ever did.”

“If you believe some active managers are more skillful than others, and their skill is manifested in outperformance, then presumably it must be the least skillful active managers who lose the most assets.  In that case, the existence of a passive alternative raises the quality of the surviving active managers, and thus contributes to market efficiency,” he said.

“Lower costs and easier access to more investment options may encourage excess trading and performance-chasing. As yet, the benefits of passive vehicles are not entirely clear,” he said.