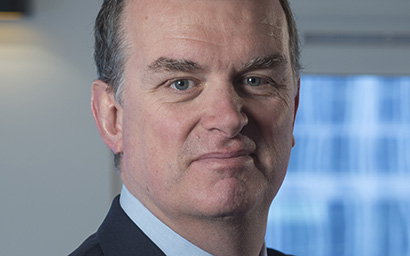 Matt Duncan, the chief executive of Paris-based Ostrum Asset Management, is to step down from the role and will be replaced by Phillipe Setbon.

Duncan, who took up the post of CEO of the Natixis Investment Managers affiliate in April 2016, has resigned from Ostrum “to pursue other interests”, according to a press statement.

The 54-year old will remain in post at the €265 billion asset manager, the largest of Natixis’s affiliates, until the end of November, when Setbon will take over.

The chief executive of the investment bank Natixis, François Riahi, said: “Philippe Setbon will lead one of our key strategic initiatives; the creation and development with La Banque Postale Asset Management of a European leader focused on insurance-related euro fixed income.”

Jean Raby, Natixis IM’s chief executive, said: “I thank Matthieu Duncan for his contribution to the successful transformation and repositioning of Ostrum AM that he has overseen over the past three years.”

Based in Paris, Pinto will report to Raby. Pinto, who began his career in 1992 with Crédit Lyonnais, joins from Axa Investment Managers where he has been chief operating officer since 1994.