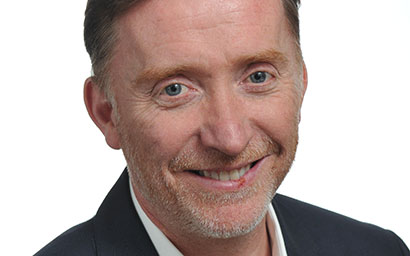 Cryptocurrency exchanges claim a growing “institutional” participation in their marketplaces. Martin Finnegan, of Punter Southall Law, explains why - if true - this would be disturbing.

Is it just me that’s surprised by how much institutional money is “participating” in and around the cryptocurrency world order? Many un-regulated cryptocurrency trading exchanges are widely promoting the fact that they have institutional money backing and or/trading via their platforms.  In the context of counterparty risk, I find this both surprising and deeply disturbing.

Trading a bitcoin listed futures contract via the regulated and world’s largest derivative exchange, the CME, is quite different to the trading that is going on within un-regulated cryptocurrency trading venues all over the world. To quickly explain: yes, a trader may execute a poor trade on the CME and lose money. Such is trading life and the known risk. But critically, the regulated CME is a central counterparty clearing house (CCP). Its purpose is to eliminate all counterparty, settlement, operational, default and legal risk by effectively guaranteeing the terms of the trade for the respective trading principals.

An un-regulated cryptocurrency exchange does not perform the function of a CCP - far from it; nothing about the trade is guaranteed for trading principals.  Accordingly, the legal risk of posting funds within much of this ecosystem cannot be understated. The terms and conditions to which users of many of the un-regulated exchanges are signing up essentially state: you accept all your funds may be lost and not only is there nothing you can do about it, we (the Exchange) will not be liable under any circumstances.

It is for this precise reason that both the SEC in the USA and the FCA in the UK are telling retail participants not to “invest” more than they can afford to lose, characterising much of the existing trading of cryptocurrencies as akin to the Wild West. So, the question I’m scratching my head at is how can any institutional money be anywhere near an un-regulated cryptocurrency exchange that has its headquarters in Panama, or in the case of Binance, no HQ at all according to its CEO Changpeng Zhao (its HQ being we’re told wherever he sits)?

And just in case you haven’t heard of the latter, Binance is the largest cryptocurrency exchange in the world by reference to daily trading volumes of cryptocurrency, $28 billion is the current daily average, truly extraordinary numbers.  There are numerous other examples.  How is it then that institutional money can so comfortably sit within a privately owned and unregulated New Jersey based cryptocurrency exchange?  An exchange that has been served with multiple ‘cease and desist orders’ from US securities regulators in relation to one of its key crypto lending products?

It’s one thing for retail investors to ignore the small print and take a bit of a punt with money they know they might lose but why would professionals? Fear of missing out?  Perhaps.   Pure speculation? Definitely in parts of the market. Professional traders have no interest in cryptocurrency as a store of value (the mistake many retail investors are making).  For them, the proliferation of un-regulated exchanges and new forms of cryptocurrency have created huge arbitrage trading opportunities at a time when volatility has been low (and trading opportunities fewer) in many traditional markets due to long term low interest rates.

Perhaps the structural legitimacy of the CME’s bitcoin derivative contract (and other major derivative exchanges like Eurex with its Bitcoin future) is perceived as conferring credibility -  a perceived security for those trading crypto on unregulated exchanges.   Another source of confusion is potentially equating the technology and the cryptocurrency as the same thing.   The underpinning technology (blockchain) and related innovations (smart contracts in particular) do represent real technological advancement and are here to stay.    Their current and developing forms - with multi-application potential – clearly have real value.  Presumably, this is why Gary Gensler (head of the SEC) can, in the same speech, support the underlying technology and predict with confidence that regulated cryptocurrency will be part of our future yet also compare current trading crypto conditions with the Wild West.

I am convinced that the launch of central bank digital currencies in key jurisdictions, including China,   which is not as far away as people might imagine, will lead to the large holders of non-central bank backed cryptocurrencies making a stampede for the exit.  This will result in a dramatic price collapse and the failure of literally hundreds of cryptocurrency trading venues.

New frontiers are and will be crossed but as far as I can see, a pound will remain a £ and a dollar a $ when central bank digitisation arrives.    In contrast, existing un-regulated cryptocurrencies will, I believe, ultimately be proven worthless.   In holding to this view, I’m being less damning than Warren Buffett.   He described cryptocurrencies as “rat poison squared”… though he did add “probably”!

*Martin Finnegan is a partner and chief operating officer at Punter Southall Law.