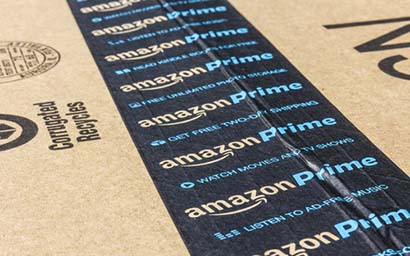 Steven Heim of Boston Common Asset Management argues that working conditions for staff mean the online giant is a laggard when viewed through the lens of ESG.

Just one day after Americans celebrated Labour Day, Amazon briefly became the second US company to reach $1 trillion in market value, following Apple’s historic feat a month earlier. While the firm has clearly become a global retailing leader, it has a long way to go to become a labour practices leader.

There has been a lot for investors to like about the Seattle-headquartered company. Amazon has been a profitable holding and its growing status as a retailing powerhouse seems unquestionable. Its share price has doubled in less than a year and the company’s revenue is now higher than the economic outputs of nations such as Hungary and Kuwait. Amazon’s market capitalization is bigger than the combined value of Exxon Mobil, Procter & Gamble and AT&T and accounts for about 4% of the value of the entire S&P 500.

However, if investors look through the lens of environmental, social and governance (ESG) management, there are serious issues for the firm. Amazon has been plagued by class-action lawsuits on wages and working conditions, and strikes by Amazon workers in Germany, Italy, Poland and Spain. By routinely paying wages barely above the U.S. poverty line for a family of four, using intrusive surveillance systems to monitor its employees - such as timed bathroom breaks - and imposing constant pressure to hit targets, Amazon is clearly a laggard rather than a leader in labour practices.

Lacking access to collective bargaining, most Amazon workers have little recourse other than lawsuits and strikes. Meanwhile, since its founding in 1994, Amazon has had tremendous success in circumventing unions at its facilities in most countries, with perhaps only 1% of its employees unionized. With high worker turnover and absenteeism due to illnesses caused by overwork and stress, significant business risks are mounting.

Amazon’s success has come at a high cost. Inhumane scheduling, notoriously long hours, and punishing quotas have made its warehouses resemble sweatshops. In exchange for easy purchase and super-fast delivery of low-cost products, Amazon could be on the verge of creating a “race to the bottom” in working conditions and labour practices as other retailers try to compete with it. Or perhaps all of Amazon’s employees will be emboldened by their fellow Amazon workers in Italy who in May won the first-ever direct-labour agreement with Amazon to improve working conditions and scheduling.

At Boston Common Asset Management, we believe that the cost of failing the grade on working conditions, labour practices and fair competition will ultimately be felt in the company’s long-term value.