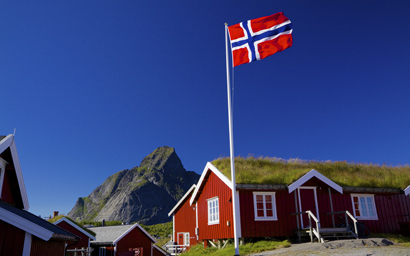 Norway’s politicians will discuss allowing the country’s sovereign wealth fund to increase its equity investments, potentially by billions of euros.

Yesterday, the Norwegian government announced it was discussing an increase to the amount of equities the Norway Government Pension Fund Global can invest in, up to 70% of its assets under management from 60%.

This would mean that the $900 billion (€846.7 billion) fund could potentially invest an extra $90 billion in stock markets, further diversifying the funding of its liabilities away from oil revenue.

The fund already owns approximately 1.3% of every listed company, meaning any increase – which needs parliamentary approval – could have a significant effect on global markets.

The fund is proposing to move away from fixed income following the crash in sovereign bond yields, in some cases going into negative rates.

“The expected return on equities exceeds that of bonds, thus supporting the aim of increasing the fund’s purchasing power. At the same time, equities carry higher risks. The proposal to increase the equity share is based on a comprehensive assessment of the recommendations received,” said the Norwegian government in a statement.