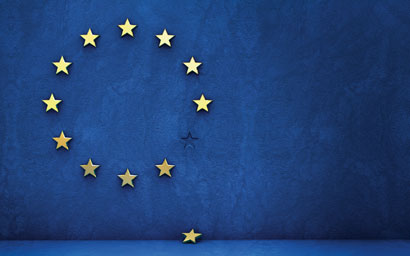 The UK is set to suffer severely if it crashes out of the EU without a deal, according to analysis by index provider MSCI.

In the ever more likely case of a no-deal Brexit, the UK’s equity market could be weakened by 15%, while there could be a 10% drop in the pound compared to the dollar. Corporate bond markets would also be hurt, the firm said.

The analysis, based on the International Monetary Fund’s World Economic Outlook, acknowledges that a Brexit impact is already partially priced in – but things could turn worse in the event of a no-deal.

“Brexit has turned into a political thriller as once again underscored by yesterday’s [Tuesday’s] news that Downing Street considers a deal unlikely. The pound is now 17% cheaper than prior to the referendum and both UK and European equity markets have underperformed global markets,” MSCI said.

In the most severe scenario, the economy will be disrupted. Increasing tariff and non-tariff trade barriers, border disruption and stricter immigration policies will all have an adverse impact on economic growth, the study claimed.

Financial conditions in both the UK and Europe would also tighten, with both sovereign and corporate bond spreads rising as confidence falls. Equity markets would drop, with the UK bearing the brunt of the largest impact.

If a deal is struck – a scenario that looks less likely since negotiations between the UK and EU broke down this week – the outlook is brighter.

Equity markets could rebound, MSCI said, with the UK outperforming both European and US markets, whilst the pound and euro could strengthen against the dollar.